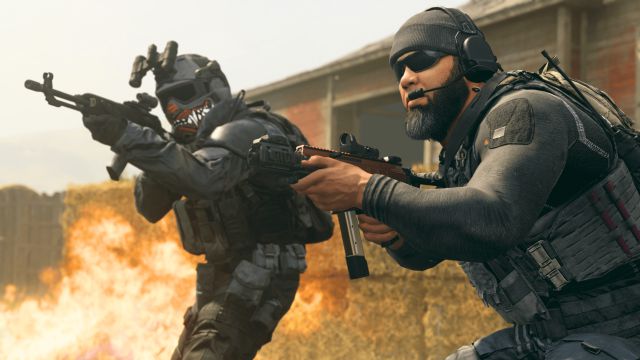 CoD Warzone: Dataminers find evidence of hard hats in the Call of Duty: Warzone archives. These are the data that we know so far.Call of Duty: Warzone keeps the odd secret in its files. As revealed by a reputed dataminer, the battle royale hides lines of code that refer to protective helmets. It depends on the level you equip, it will offer you a certain percentage of damage against headshots.

Protective helmets in CoD Warzone? This is what the game files indicate

The dataminer, named Nanikos (@_Nanikos_), exposes the three levels of helmets available in the game files. The first level would offer 15% protection, while the second would increase to 30%. On the other hand, the last level would keep the percentage of the previous one, to which it would add a reduction of the effects of the stun and blinding grenades.

This code is accompanied by dialog lines reproduced by the operators when marking them on the map, so the trace is extended to the object itself. Some users will remember their appearance in the same way during the first post-launch days. After they have been removed from the files, VanguardIntel, another of the related dataminers, claims that they have been restored in the latest patches.

No official information from Activision or Raven Software has emerged. It is unknown if they are traces of removed content or if they are really on the way as part of the next seasons alongside Black Ops Cold War. In any case, the battle royale is in the last days of Season 2; there are few weeks left to venture into the next one.

The last blows of the current frame of additions brought with them an unprecedented precision rifle. The 20mm ZRG is now available to unlock in Call of Duty: Warzone and Black Ops Cold War. Learn how to complete your challenge through this link. On the other hand, Rivas is already available in the ingame store.