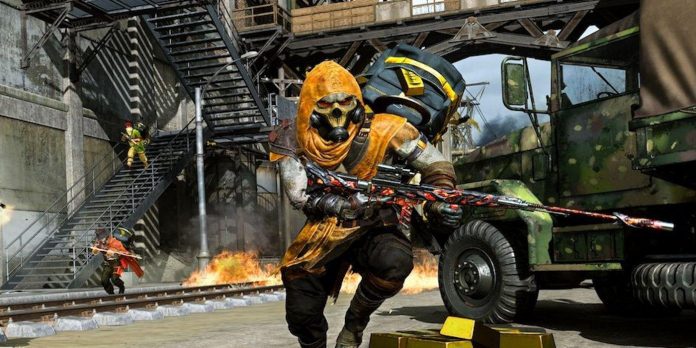 The main game cycle of Golden Plunder and Plunder remains the same, but Golden Plunder has more money, loot and the number of players. In the “Gold Mining” mode of Call of Duty: Warzone, players will work together to collect significant amounts of money scattered in different places on the map. In the new “Mercenaries of Fortune” update, Gold Mining players will find money scattered on the ground in supply chests and loot boxes, as well as fulfilling contracts. The first team to reach the $5,000,000 mark wins the Golden Plunder game.

The Golden Plunder game mode increases the maximum amount of cash needed to win the Plunder game from 1,000,000 to 5,000,000 dollars. In addition, the original number of Plunder players, which was 100 players, was increased to 120 players, and the players were updated so that more money would fall out after death. Players must work with their teams to collect cash and deposit savings by calling an evacuation helicopter at a designated helipad. Players can also find an improvement to the “Cash Deposit Balloon” field to deposit the team’s savings without a helicopter.

Although the progress of the original Warzone won’t carry over into Warzone 2, XP earned during Golden Plunder matches is plentiful compared to other game modes. Players must keep an eye out for broken ATMs all over the map, which will throw out large amounts of cash for the players. If the players are aggressive, they should also keep an eye on the teams indicated on the map. The location of the teams with the highest incomes will be clearly indicated for everyone to see.

If players remain vigilant, they will also find golden key cards on the map during Golden Plunder matches. Although these golden key cards are even rarer loot than protective shields, they give players a chance to open a bunker containing cash and high-level loot. If players manage to protect the bunker with a golden key card, find broken ATMs and destroy the most profitable teams on the map, they will be on their way to winning the Gold Loot in the fourth season of Call of Duty: Warzone.