Home Entertainment CoD Warzone Confirms All Details Of Its Integration With Vanguard; Verdansk Will... 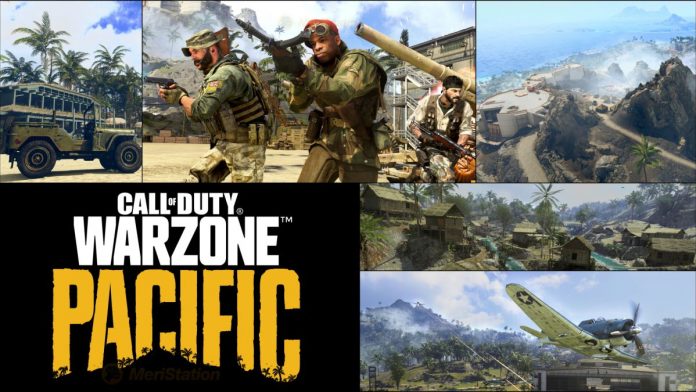 Call of Duty: Warzone will receive all CoD Vanguard content starting December 2, including the new map set in the Pacific. Call of Duty: Warzone sets a date at the beginning of the first season that it will share with Vanguard, this year’s premium installment. Black Ops Cold War will say goodbye after 12 months full of content. Before closing in 2021 we will travel to the Pacific from December 2. As always, all added content will be free.

The destruction of Verdansk is real: calendar of events

The calendar of events for the battle royale will be important from November 18, when Operation Flashback begins. This limited-time mode will “celebrate the last 18 months” in Verdansk. Shortly after, on November 24, we will be able to unveil “the secrets of the Pacific” in a series of ingame challenges. It won’t be until November 30 and December 1 that the Last Hours of Verdansk special event begins. The bombs will fall on the city to make way for the next scenario. All those who purchase Call of Duty: Vanguard will be able to travel to the jungle 24 hours before its official publication.

Caldera, the new map set in the Pacific, will feature more than 200 points of interest. From Raven Software they point out that the map has been built on the same graphic engine as Vanguard, so it will be prepared for the introduction of all the armaments of World War II, cross-play and intergenerational combat, as well as the progress between different platforms.

The Vanguard integration will not alter the progress you have made in the past nearly two years of combat, including carriers, business cards, and more. Those responsible say that the arrival of the new game to the ecosystem will take place in the same way as with Black Ops Cold War. If you play any Call of Duty starting with Modern Warfare 2019, you will continue to progress through the content of the current battle pass and unlock content to use in Warzone.

And what about the game modes? Given the more than 150 weapons available, the team will divide the experience into various lists in the game. Some will limit the use of weaponry to Call of Duty: Vanguard, while others will bring the three eras in one place. Rebirth Island will continue to be available as a complimentary experience. Be that as it may, hope that the standard battle royale will allow you to access all the content released.