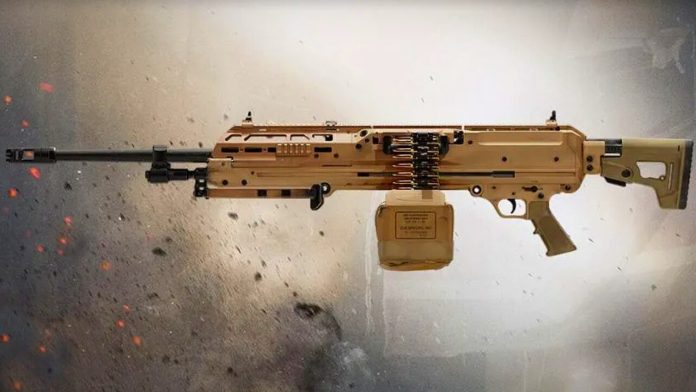 With the latest update of Call of Duty Warzone and Modern Warfare, the RAAL MG light machine gun came as a surprise, which expands the arsenal available both for the free mode and for the old chapter of the first-person shooter.

Like all the weapons introduced post-launch in the latest episodes of the Activision series, the new LMG can also be unlocked completely for free through the completion of a challenge. Before proceeding with the advice on how to unlock the machine gun for free, here is a quick description of the new weapon, so as to understand its main features:

“A weapon with a low rate of fire and an alternating barrel, both of which mitigate the strong recoil of the .338 Norma magazine. The sophisticated titanium structure makes the weight manageable after all.”

Below you can find out all the details on the challenge to complete to add the RAAL MG to the armory:

Then create a custom class that has any light machine gun as its primary weapon and mount the recon sight on it (no matter if there are other accessories or not). Now go wild in any mode and make sure you get at least five kills in each match. If you play Modern Warfare we suggest playlists set in small maps, instead of for those who play Warzone it would be better to opt for Swag and other modes with respawn and the ability to use custom loadouts.

If you don’t feel like completing the challenge, know that anyone who decides to buy a bundle from the store containing at least one weapon blueprint (Hotel Light Machine Gun) will have immediate access to the gunshot and thus bypass the completion of the challenge. It should also be noted that the weapon is not available in Call of Duty Black Ops Cold War and, consequently, there is no alternative challenge that can be completed in the Zombies mode.

“We were in a bubble” — Julia Roberts Tells How George...