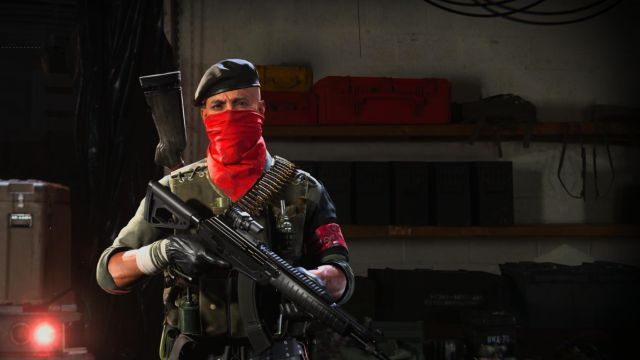 CoD Warzone players subscribed to PlayStation Plus can download a new batch of items at no cost. We tell you everything that it includes. Activision has released a new item pack for Call of Duty: Warzone and Call of Duty: Black Ops Cold War. On this occasion, the contents are available for free for PS5 and PS4 players who have a PlayStation Plus subscription. This Combat Pack (Commander) includes several items, most notably the exceptional new look for Operator Garcia.

This new bundle contains various cosmetic items, as well as a new skin for Garcia and the ability to double the experience points earned for a limited time. Next, we leave you the complete list with all the contents:

You must bear in mind that cosmetic items will not be shown if you play on other platforms; Although cross-play allows you to share your progress between PC and Xbox and PlayStation consoles, when they are equipped on any platform other than PS5 or PS4, they will be replaced by the default appearance of the game.

Treyarch has released a new update to improve the stability of Call of Duty: Black Ops Cold War multiplayer and zombies. The patch brings with it a number of improvements and fixes, including the restriction of the ballistic knife in Snipers Only Moshpit, the finishers that did not count as melee kills in Stick and Stones, and the bug that prevented users from inspecting other players in the bookmarks section, among other settings. You can check the full notes through this link.