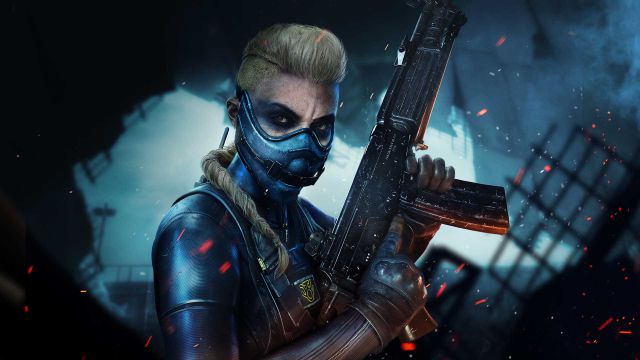 CoD Warzone: We tell you when and at what time is the update of season 3 of Call of Duty Warzone and Black Ops Cold War. New weapons, operators, and more.Call of Duty: Black Ops Cold War and Warzone reveal the contents of Season 3. The new Cold War time frame will take us through a roadmap full of unpublished elements, both for the battle royale and for the title of Treyarch. We already know the time of the update and weight.

The relevance of Season 3 goes through the emphasis on the competitive mode of Black Ops Cold War and the changes in Verdansk. Although no details have been shared about the latter, the multiplayer will receive four playable zones, two for launch and another two as part of the season reinforcements.

Yamantau and Diesel are part of the newly designed faces, although those who played the campaign will recognize the second, which was the area of ​​one of the side missions. On the other hand, Standoff will return as one of the revamped classic maps. As an added bonus, Duga will not only be coming to Outbreak mode, but will also be available in Combined Arms game modes.

And what about the operators? Wraith is the image from Season 3. This assassin is part of the Perseus cell. His history in the Norwegian intelligence service gives him unusual qualities for a versatile operative. You will instantly unlock it by purchasing the Battle Pass. On the other hand, at launch we will see the arrival of the version of Captain Price from 1984. During the season we will see two other operators: Knight, Wraith’s partner, and Antonov, a former paramilitary.

The returns do not stop. In the arsenal we see the incorporation of a pair of favorite weapons among fans. The Ballistic Knife will arrive throughout Season 3 alongside the Baseball Bat, AMP63 Auto Pistol, and CARV.2 Tactical Rifle. As for the two weapons of the battle pass, another of those chosen is the Soviet PPSH-41 submachine gun, which will be accompanied by the Swiss K31 precision rifle. The first one you will unlock when you reach level 15 of the pass.

There are many remaining elements that we leave in the inkwell. The new missions of the Outbreak mode in Zombies, new field improvements and much more, which you can see in the image that accompanies these lines.

The game updates are separate, that is, if you play Call of Duty: Warzone you do not need to download the Black Ops Cold War file, and vice versa. The Treyarch title patch will be available for download on April 21 at 6:00 AM PST. For the battle royale update we will have to wait a little longer: from April 22 at 06:00 Spanish peninsular time.

Start of Season 3 in Call of Duty: Black Ops Cold War and Warzone

Gunna Shared The First Verse After Her Release From Prison on...