Home Entertainment CoD Warzone against cheaters: 30,000 accounts kicked out in the new wave 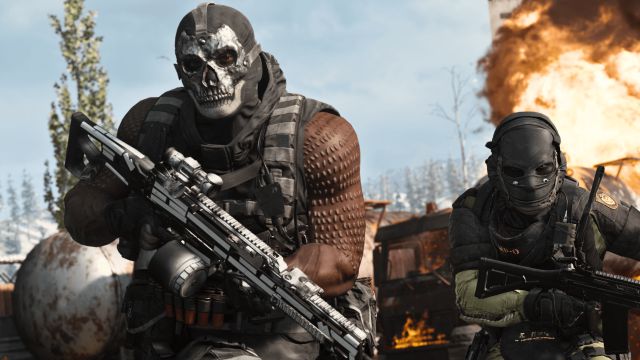 CoD Warzone: Raven Software confirms a new wave of bans in which 30,000 accounts have been permanently banned. For a clean Call of Duty: Warzone. Call of Duty: Warzone is not a playground for cheaters. Raven Software announces the expulsion of 30,000 accounts. This wave is added to the one that took place on April 7, with another 15,000 players permanently banned from the battle royale. The studio begins to pave the way for a fair and balanced start to Season 3.

Both the free to play and Black Ops Cold War are preparing to receive the content framework expected in the next season. Although it is still a complete mystery, we do know that Raven Software and Treyarch will celebrate the last triple double experience event of Season 2. From April 16 at 19:00 CET until the 19th at the same time, all Players of both games will progress faster in profile rank, weapon level, and battle pass.

If you have not yet completed the battle pass, you should know that once the season ends you will lose the possibility of obtaining the rewards during your progress. Rewards such as ultra rarity weapon projects. The Vulture Exoskeleton for the Golf Assault Rifle will dynamically change appearance as you rack up kills in a match. On the other hand, by reaching level 100 you will unlock both the Naga (Warlord) Aspect and the Poisoned Dart, a weapon project for the Golf submachine gun. Do not miss anything.

We remind you that the reinforcements of Season 2 brought with them two complementary weapons to unlock through a challenge. The R1 Shadowhunter crossbow arrived a few days before those final contents, while the ZRG 20mm sniper rifle was the star of the update. Click on their respective names to find out how to unlock them.