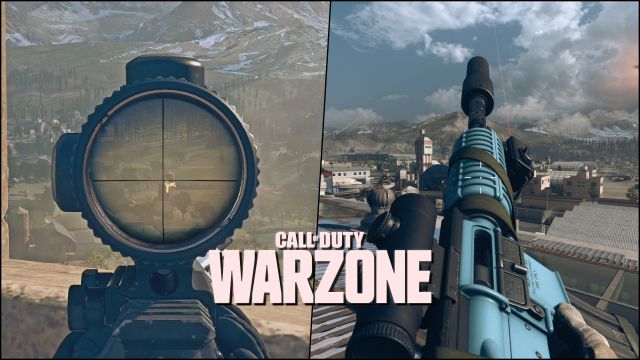 CoD Warzone: Those responsible for Call of Duty: Warzone modify the zoom offered by some of the optics of the Black Ops Cold War weapons. Changes already available. Call of Duty: Warzone receives one of the modifications most demanded by the community. Raven Software reduces the zoom applied by some of the weapon optics in the Black Ops Cold War arsenal, such as the Axial Arms 3x, Royal & Kross 4x, and the Susat Multizoom. Its performance will be radically different from that shown in the multiplayer of Treyarch: now the screen will get much less close to the target.

The change, which you can see under this paragraph, is part of an update available on May 27 on PS5, PS4, Xbox Series X | S, Xbox One and PC. Among the full notes we can limit the trucks in Battle Royale Solo, whose respawn ratio goes from between 16 and 20 to only 5.

Then we leave you with the full update notes. In addition to the above, you can expect adjustments to some weapons, such as the Fara 83, CR-56 Amax, and more.

The appearance rate of trucks in Verdansk on the Battle Royale Solo playlist has been reduced to 5 from a range of 16 to 20.

Fara 83 | Adjusted kickback pattern and increased dispersion from the hip.

Charlie tactical rifle | Reduced the magnitude of the recoil.

Fixed additional locations in Verdansk that allowed players to go out of bounds.

Fixed a bug where vehicles could kill or take down teammates.

Fixed an issue in Nakatomi Plaza where camera access denied could be heard throughout the building.

Fixed an issue that did not allow the ballistic knife camjuflages to be unlocked.

Fixed an issue where the 5mw Swat laser on Sniper Rifles would not signal the aiming enhancement.

WandaVision: final episode will be the longest of the season