CoD MW 2: The leakers most attuned to Call of Duty all seem to agree that in October 2022 we will have a new main title in the series to enjoy, more specifically Call of Duty Modern Warfare 2.

According to the sources specialized in informing in advance and accurately the news of the series, the game should be available already in our winter if the sales of Call of Duty: Vanguard do not improve drastically, since they are today well below the expectations of the producer Activision.

Insider Tom Henderson posted on his Twitter that “As expected, it looks like Call of Duty Modern Warfare II will be revealed in the winter. I heard that the title could arrive in October thanks to low Vanguard sales and be accompanied by a major update for the Warzone”.

As expected, it's looking like this year's Call of Duty title, Modern Warfare II (2022), will be revealed in the summer.

Hearing rumblings that the title could release in October due to Vanguard's poor sales performance, with a "big" Warzone update coming soon after. pic.twitter.com/3x8Qw2Eryp

The leaker @TheMW2Ghost, who has a great use of hits on the networks, endorsed the opinion saying that “I also heard the same things about the launch and when the game will be revealed.” 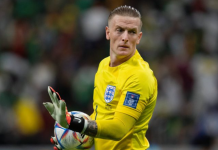 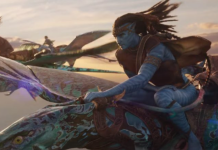 The First Reviews of “Avatar: The Way of Water” Praise The “Phenomenal” and “Vastly Superior” Sequel

Lies of P Can Revolutionize the Best Sekiro Mechanics