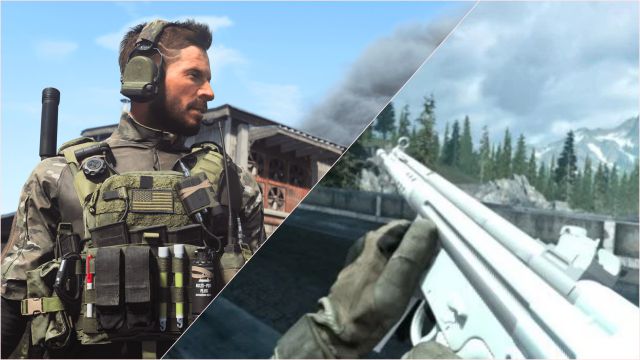 Call of Duty: Modern Warfare and Warzone hide in their code playable material not officially released in the final version.Infinity Ward appears to have planned more content in Modern Warfare than it eventually released in the final version. Reddit users have shared a model of an assault rifle that has never seen the light of day, as well as a map designed for multiplayer. Both items are found within the game files.

Everything is in the code

Called u / purpleperson9 on the social network, the weapon is codenamed sn_gamma3, which in appearance looks like a model based on the G3 rifle, already known in other modern installments. The images that accompany this news reveal an appearance that does not have textures. Will it come out at some point? At the moment no official communication has transpired. If that were the case, the weapon would also end up in the Call of Duty: Warzone arsenal. On the other hand, the map is called mp_furnace.

It is not the first time that the 2019 installment of the saga shows a preview of the content that will arrive soon. Weapons like the CX-9 submachine gun or the Sykov pistol, kept in the game files for months, ended up appearing as official playable resources. Not to mention operators like Sparks or Soap.

Remember that you can currently continue progressing through the Warzone Battle Pass and Black Ops Cold War just by playing Modern Warfare multiplayer. In addition, the level you reach in your profile and weapons can be transferred within the Call of Duty ecosystem. With the future arrival of Vanguard, it is anyone’s guess whether it will be possible to continue on this path of progress.

For the part that is up to the battle royale, you should know that it is a few days away from receiving the content expansion as part of the reinforcements of Season 5: on September 9. Raven Software’s success prepares for new game modes, weapon balance improvements, and the upcoming numbers event, expected on September 21.

All Series And Premiere Movies on Netflix