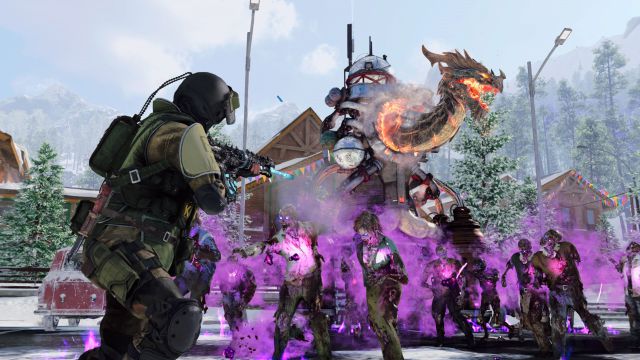 Treyarch works on the future of zombies in Call of Duty: Black Ops Cold War

“The team has been working on the following map since before the launch of Firebase Z, and we want to make it the best possible experience before it reaches your hands,” they explain through their official website.

Treyarch reveals that they are working in parallel for “more Zombie content in future seasons.” These elements will be of all kinds: “Players can expect new perks, special weapons, support weapons, limited game modes and pieces of information on the history of the Dark Aether.” They appreciate “everyone’s patience” as they continue to develop the next map.

The study emphasizes that the contents of a season “do not begin or end on the first day.” “The seasons offer content over multiple weeks, along with a mid-season update that adds more content if possible. Just because something doesn’t come out on the first day doesn’t mean it’s not on its way… it means it’s still in development! ”They conclude.

As for current affairs around multiplayer, next May 20 will see the arrival of Action Heroes of the 80s, an event that will share current affairs with the other Call of Duty ecosystem deliveries, such as Warzone and Mobile. Rambo and John McClane will join forces in an alternate universe. We already know his official poster, which you will find in this link. If instead you prefer to see how Rambo looks in the game, here you will see the first images of him in motion. The bow is unmistakable: he returns the popular warrior.

Sonic Team spoke in detail about the role of Super Sonic...