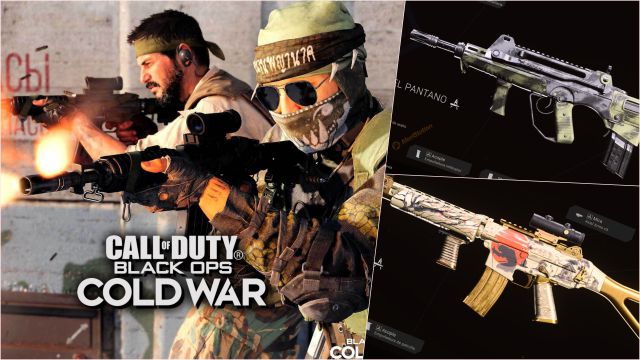 Treyarch will modify the power of more than 12 weapons in Call of Duty: Black Ops Cold War. The changes are part of the Season 2 reinforcements.

Call of Duty: Black Ops Cold War will modify the performance of more than 12 weapons as part of the reinforcements of Season 2. This has been confirmed by Treyarch, who has published the list of which are the affected models. The update will arrive in the week of March 29 – April 4.

All weapons that will modify their performance in Season 2 of CoD Black Ops Cold War
The full update notes will be released on the afternoon of March 25, between 6:00 PM and 8:00 PM PST. Here we leave you with the complete list:

To the concrete names are added “general adjustments” to the family of light machine guns. They also don’t forget about the launchers, who will receive more power against the armor vest in extreme game modes. And what about the rest? The study promises “more” changes that so far have not transpired.

As usual in their roadmap, the Season 2 reinforcements not only introduce changes to the existing content, but also add new elements. One of them is Miami Strike, the new map for the competitive 6vs6, of which we have already seen a small preview. This reinterpretation of the homonymous map will focus on a smaller playable area than the known one.

Do you want to progress faster? CoD Black Ops Cold War and Warzone will hold a double experience event from March 26 to March 29. In those days you will be able to accelerate your progress in the level of your profile, weapons and battle pass. 24 hours before (from the 25th) it will be enabled on PS5 and PS4.

Pokémon Sword and Shield-Evolutionary Skies: This Is The New Expansion Of...