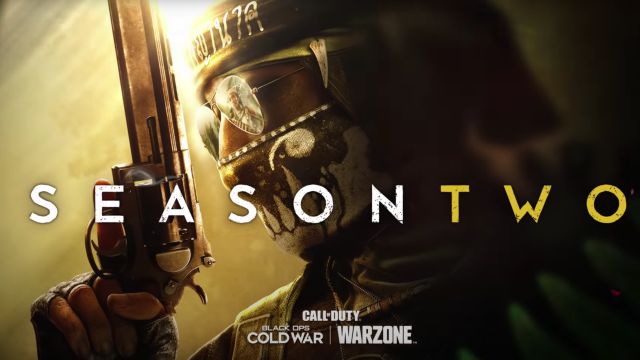 Check out the first trailer and release date for Season 2 of Call of Duty: Black Ops Cold War and Warzone on PS5, PS4, Xbox and PC. Welcome, Naga.

Call of Duty: Black Ops Cold War and Warzone receive the main video scene of Season 2. Both games will receive a new wave of content on February 25 on PS5, PS4, Xbox Series X | S, Xbox One and PC. We already know the first plot data that will continue Adler’s misadventures.

The scene takes us to Laos, April 19, 1984. The main group, headed by Frank Woods, goes into the jungle aboard a helicopter. They track the kidnapping of Adler, who was taken hostage after the attack on The Pines Mall, during the start of Season 1.

As we can read in the official description of the trailer, the data points to a Perseus operation: Naga. The mysterious enemy, who appears behind sunglasses and a scarf, aims to be the main face of Season 2, just as Stitch was in the first. The stranger “has been distributing Nova 6 lethal gas through a cartel.” Our objetive? Get to the fort deep in the jungle of Laos and rescue the American.

During the video several characters appear who aim to be operators, such as the young woman who wields the grenade launcher or the warrior with the Gatling gun. We do not know more data except the date: February 25. From that day on we will be able to access the complete offer that awaits us in both games.

Stay tuned to MeriStation for the latest news regarding the Call of Duty franchise. It is expected that in the coming days we will know in depth the main elements of this Season 2 in Call of Duty: Black Ops Cold War and Call of Duty: Warzone.

Among Us !: how to get Halloween hats