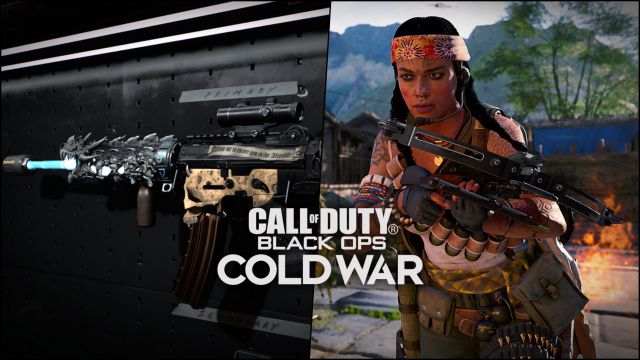 Call of Duty: Black Ops Cold War: Treyarch releases an update that adds the customization feature to the gunsmith. You can exchange accessories from other projects in a single weapon. Call of Duty: Black Ops Cold War receives full weapon customization. One of the most demanded functions by the community lands in the Treyarch game. From now on, you will be able to exchange accessories from several weapon projects in a single model of the gunsmith. That is, designing a weapon from accessories that have an exclusive aesthetic coupled with a variant. The update is now ready for download on PS5, PS4, Xbox Series X | S, Xbox One, and PC.

On the other hand, the same patch has enabled the appearance of Rivas as a playable character. The fourth and final operator of Season 2 makes her debut in Black Ops Cold War as part of a cosmetic package in the ingame store.

For 2,400 COD points, which equates to roughly 19.99 euros, you can get two legendary weapon projects, an epic and other customization items, in addition to the basic Rivas look. Know the contents below:

Between the Legs – Legendary Finisher

Just a few days separate us from the arrival of the ZRG 20 mm precision rifle, the last weapon of Season 2. You can unlock it for free by completing an ingame challenge, whose requirement is to obtain two Far Shooting medals in 10 different games with a rifle of the same family. If you don’t have the patience to have, you can cut the road by buying the alternative pack in the store. Know all the details in this link.