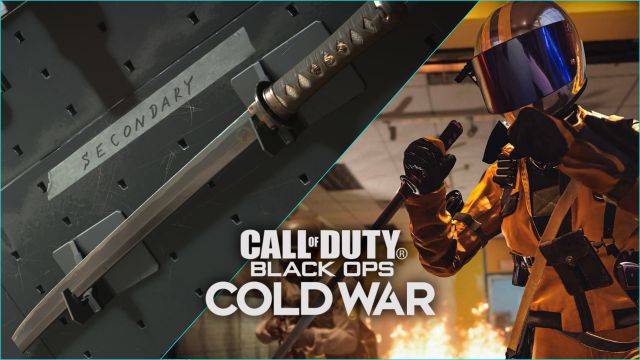 Call of Duty: Black Ops Cold War receives the Wakizashi, the new melee weapon, now available. Learn how to unlock it for free for multiplayer.

Call of Duty: Black Ops Cold War celebrates the reinforcements in the middle of Season 1. Among the novelties, which we summarize in this link, highlights the inclusion of a new type of melee weapon. As with the Deck weeks ago, Treyarch offers us a free way to get hold of it.

How to free unlock the Wakizashi weapon in CoD: Black Ops Cold War

To get the Wakizashi in our arsenal, the requirement is concise: we must complete a single challenge.

Finishing moves, or finishing moves, are special attacks made from behind an enemy. To perform one, press and hold the melee button on your opponent’s back, which will change the camera’s perspective as your character assassinates the other.

Several elements must be taken into account. The first, complete the murder. During the movement, both you and the enemy are susceptible to lead from other players; if it is stolen in the middle of the scene, it will not count towards the challenge. Second, remember that it must be with the combat knife, equippable as a basic secondary weapon. With the deck you will not progress.

It is advisable to play on playlists where Nuketown 84 ‘is available, since it is easy to play with the comebacks of the teams there. You should also create a custom class dedicated to completing this achievement. Perks like Tracker, Ninja, and Tactical Mask help. Use constant tactical equipment, such as stunners. By slowing down the target, it will be easy to expose you to take your back.

Finishers can be customized from the main menu, under the Weapons tab. By default you will have the stealth attack, but you can exchange it for others that you have targeted for cosmetic packages or battle passes, such as Sore Throat.

Membrane or mechanical keyboard: which is more worth it?