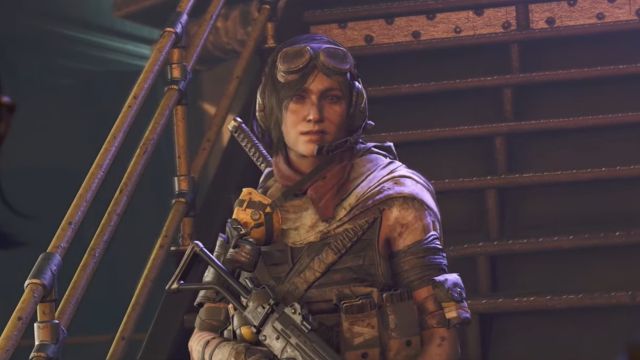 The first users to complete the Firebase Z Easter Egg in Call of Duty: Black Ops Cold War reveal the storylines of Chapter 2.

Call of Duty: Black Ops Cold War began the search for the Firebase Z easter egg on February 5. It did not take long to be unveiled; During the first 24 hours they managed to complete the main puzzle of this second chapter of the Dark Aether story arc. If you do not want to know the result, we recommend that you stop reading the piece.

YouTube user Beebat shares the video scenes and how to perform the special mission on his channel. During the beginning we see a new character, Maxis, who uses the portal to contact the Requiem team, the players. At that moment a new threat arrives on the map: Orda. The giant zombie is the final boss of this content capsule, a match that took the group almost 10 minutes to defeat.

The story scenes occur at the beginning and end of the video. The last part begins at minute 6:58. Beyond the characters, it is worth highlighting the return to the front line of Kravchenko, a face that Black Ops veterans will know. It is hoped that in the following chapters it will take on more weight.

For those who do not know what Firebase Z is, it consists of the sequel to Die Maschine, the Zombies map available at the launch of Call of Duty: Black Ops Cold War. His arrival was accompanied by new enemies, perks, kill streaks and more, as part of the mid-Season 1 reinforcements.

In this link you will find out about all the Reloaded additions, which had scope in competitive mode, such as the return of Express, the classic map from Black Ops II. Dead Ops Arcade has been updated with a new Advanced Start in which to complete the Fidolina achievement, though stats, leaderboards, and challenges will not count.