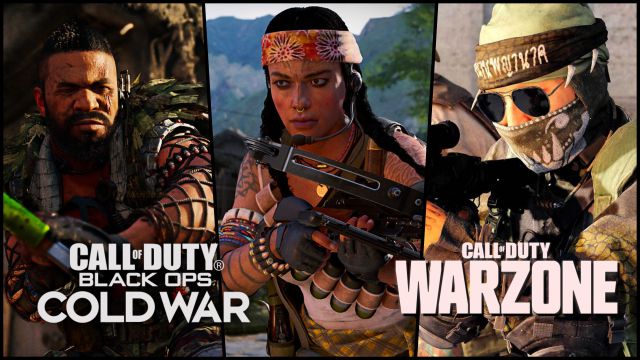 We tell you all the content available in Season 2 of Call of Duty: Black Ops Cold War and Warzone on PS5, PS4, Xbox and PC. February 25.

Call of Duty: Black Ops Cold War and Warzone present all the content that we will see during Season 2, which is scheduled to arrive on February 25 at no additional cost to PS5, PS4, Xbox Series X | S, Xbox One and PC. Multiplayer, Zombies, and Battle Royale will receive a massive battery of additions during this frame.

As we said during the presentation of Season 2, this content will take us directly to the jungle of Laos, where the main group (led by Frank Woods) will look for clues about the whereabouts of Adler. In the middle of the search they will run into Naga, an accomplice of Stitch who is part of the Perseus cell. The agent behind the scarf and sunglasses will be one of four operators landing in the game, joined by Maxis, Rivas and Wolf; the latter two as part of the seasonal reinforcements.

Six new weapons will nurture the armory of the Cold War. The first of these is the Fara 83, an automatic assault rifle that inevitably recalls the mythical Galil. On the other hand, the next launching weapon is the LC10 submachine gun, dedicated to occupying the hole for firefights at close and close ranges. You will unlock both weapons by reaching levels 15 and 31 of the battle pass, respectively; Remember that they are part of the free route: it is not necessary to purchase it to get them.

The rest of the weapons are divided between melee and ballistics, which will arrive throughout the season. You can kill your enemies with a machete and a folding shovel. Later, the R1 Shadowhunter, which doubles as a traditional crossbow, will debut. In last place we find the ZRG 20mm, a sniper rifle “with the fastest bullet speed and reload of its class.” Although not everything will be virtues: the cadence will be very low. These four weapons will be unlocked by completing challenges or by purchasing a bundle that includes them in the ingame store.

If we focus on the maps, four will be the playable areas available. At launch we will only see Apocalypse, designed for the classic 6vs6 modes; It will take us deep into the jungle of Laos in a mix between temples, forest and administrative buildings. The remaining three will take a little longer to debut: two of them for the confrontation mode (Mansion and Golova) and another for the casual competitive, Miami Strike.