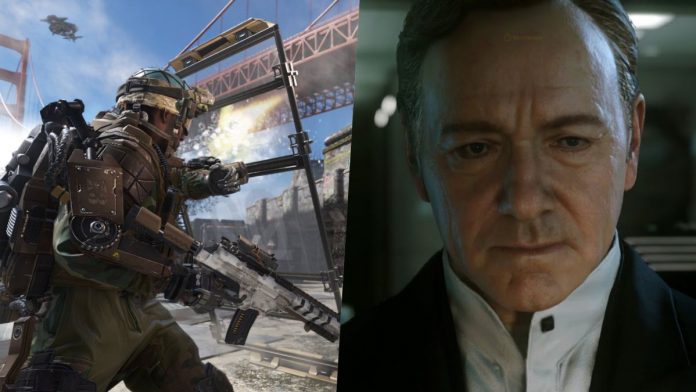 A different ending was shot than the one we saw in Call of Duty: Advanced Warfare, according to Troy Baker: The Fate of the Character Played by Kevin Spacey.

Call of Duty: Advanced Warfare had a different ending than what we saw in the commercial version. Troy Baker, who was involved in filming the video scenes, says changes were made during post-production. If you have not completed the game, we recommend that you do not continue reading this piece.

This was the deleted ending of Call of Duty: Advanced Warfare with Kevin Spacey

As the actor describes in conversation with YouTuber Dan Allen, the changes were made from the scene in which Jonathan Irons (played by Kevin Spacey) deactivates the exoskeleton suit to Mitchell and Gideon, the main duo. In the final version we hear a speech, to shortly after see Irons flee from the two soldiers who were paralyzed by the effect of the hacking. That chase ends in the resolution we all know, where the player cuts his prosthesis in order to drop Irons into the void.

In the original version it was not like that. Let’s go back to the beginning of that scene. Irons tells a speech in which he narrates that “to make an effective movement, you need to have a martyr.” Next, he places the pistol we are holding at his head. “I know what I’m doing,” he claimed; moments later he made us pull the trigger.

Troy Baker explains that he did not know about the changes until the decision was made. “There is no possibility of being able to do the original ending,” was the explanation Baker received from the study. The actor acknowledges that he may be getting “in big trouble” by having revealed the story, although he claims to be “totally true.”

Advanced Warfare was the first installment in the Call of Duty franchise led by Sledgehammer, who bet on changing the formula that had prevailed until then. The presence of the skeletons allowed mobility never before seen in the saga. Later projects, such as Infinite Warfare or Black Ops III, followed the trend in their own way.

If Your Mac Crashes With MacOS Monterey Try This Trick