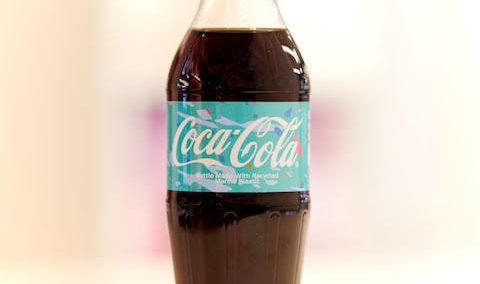 Coca-Cola recycled the bottles collected from the ocean with a special process and made it available for use again. In the future, the company plans to sell all its products in packages made from recycled or renewable materials.

Coca-Cola, one of the largest companies in the world, has made an important move in terms of protecting the environment. The company collected and recycled waste plastic bottles thrown into the ocean to produce a new bottle.

Volunteers gathered bottles from 84 beaches in Spain and Portugal to carry out the new project. In addition, waste bottles caught by fishing boats were included in the project. The company unveiled the new bottle by advanced recycling of the collected bottles. The chemical process, called advanced recycling, removes dirt from the substrate of waste plastic. Thanks to the process, the bottle becomes reusable. This allows the company to easily refill old bottles safely.

Recycling of plastics has risen dramatically with people’s awareness of the harm that plastic causes to the ocean, but most of these wastes are still being incinerated, exported or held in illegal dumps. Only about a quarter of the 300 bottles produced by Coca-Cola were made with plastics from the ocean.

Coca-Cola, said in a statement that they do not do this work only for show. The company said it would like to have all of its products sold in packages made from recycled or renewable materials in the future. The company also underscored the Daily Mail’s “Turn the Hide on Plastic” campaign and announced that it will reduce the use of plastics by 200,000 tons per year.