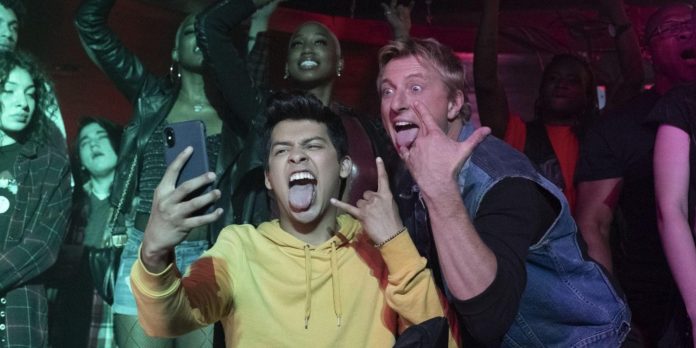 The fifth season of “Cobra Kai” was filmed on Netflix last Friday, and the series seems to have destroyed all expectations, as the ratings in the reviews apparently exceed the results of any of the previous seasons of the spin-off “Karate Kid”.

Over the weekend, Cobra Kai managed to score an impressive 100% of critics’ ratings on Rotten Tomatoes, as well as an even more commendable 95% of user ratings, which makes the fifth season one of the best at the moment. At the moment, Cobra Kai joins several selected TV series, several seasons of which are worthy of 100% critical rating, such as Breaking Bad, Mad Men or Big Mouth, since the debut season of the show received the same unanimous praise when it premiered on YouTube Red in 2018.

The list of series with perfectly rated seasons on Rotten Tomatoes contains just over 100 different titles, while in the movies section their number is approaching 400. to lose this milestone. However, season 5 of “Cobra Kai” is just as good on other review sites, as every new episode currently has a rating of 8.1 stars or higher on IMDb, including 9.6 for the tough ending of “Cobra Kai”.

Reviews of “Cobra Kai” have been mostly stellar, as in the fifth season, Daniel LaRusso and Johnny Lawrence team up with Chozen, the former’s rival, to defeat the evil Terry Silver. In the fifth season, Silver really rose to a new level in terms of karate villains. In particular, in our time, when reviews of video games, movies and TV shows can threaten the online reputation of any product, Cobra Kai has won the hearts of almost everyone who saw it, thereby making it immune to Internet trolls of any kind. Good.

So what’s the magic of Cobra Kai’s latest success? Well, to be honest, the show doesn’t really do anything it hasn’t done before in 2022, it’s just that this karate adventure has raised the challenge of eclipsing itself by doubling everything that makes Cobra Kai so exciting in the first place. Not only that, fans will see a proper return from most of the characters that Josh Heald and John Hurwitz created to turn Johnny Lawrence into a modern hero.

The fifth season of “Cobra Kai” is currently available on Netflix.

Ubisoft employees call for a pact against harassment in the industry