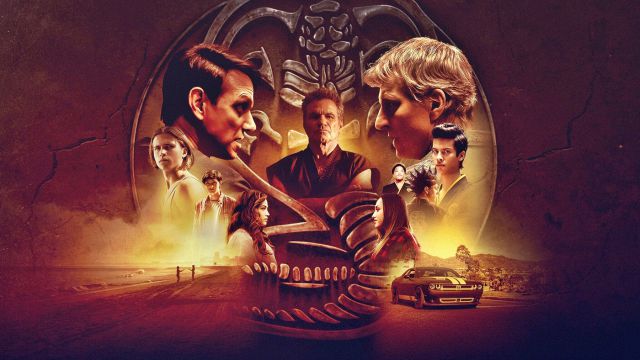 Cobra Kai: Netflix shares a first look at the fourth season of its popular martial arts series with the return of the legendary Terry Silver: premiere in 2021.The fourth season of Cobra Kai, the popular series that follows the story of the original Katare Kid films of the eighties now in the hands of Netflix, has been seen for the first time through a first and short teaser trailer that you can see headlining this news. And he does it with a single protagonist, who is none other than the mythical villain of Karate Kid 3: The Final Challenge, the always menacing Terry Silver.

“Easy, easy: he is preparing. Terry Silver returns to the dojo for the fourth season of Cobra Kai ”, we can read in the also brief description of this first look at season 4 of Cobra Kai. And it is that Terrence “Terry” Silver returns to the franchise after the events of the third film, a close friend of Kreese who he met in the army, a businessman who owns DynaToxy Industries that he uses as a cover to traffic in radioactive waste.

And how could it be otherwise, such a mythical character could only return with his original interpreter, Thomas Ian Griffith, an actor who has not appeared in any film or television production since 2007. The actor himself has stated that “I never imagined returning to play this character, but what a most incredible opportunity to close Terry Silver’s circle. When they say that Cobra Kai never dies, they mean it. ”

With a filming of this next fourth season already completed after the hiatus stage due to the global coronavirus crisis, it is expected that the new episodes of Cobra Kai will premiere on Netflix sometime in 2021, most likely, this fall.