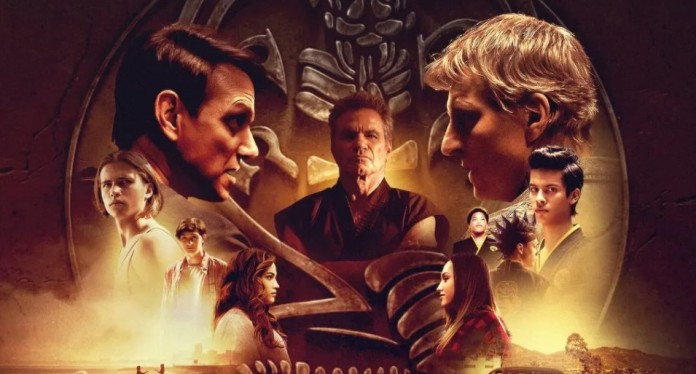 Recently, Netflix finally pleased its gigantic fan base with the premiere of the trailer for Cobra Kai, the martial arts drama that has been going around the world with its immense audience. Now the drama is at an all-time high as she is finally about to hit the All Valley tournament.

This has been one of the most anticipated events, since the 1980s fans of the original story of The Karate Kid have been waiting for the duel between Miyagi Do and Eagle Fang. As if that were not enough, in the clip we could also appreciate the surprise return of Silver (Thomas Ian Griffith), who was last seen in The Karate Kid III. “With this guy you can’t be the first to strike,” Daniel tells Johnny, referring to Terry Silver.

Although this veteran actor finally returns to the Cobra Kai story, this is not a good thing for the main characters. “The only other person who knows how to teach Cobra Kai is you,” Kreese (Martin Kove) tells the villain. In this preview, we also see Robby teaching the new group the Miyagi Do style. “To defeat the enemy, it helps to know the enemy’s playbook.”

As we will well remember, Cobra Kai dates back 30 years after the 1984 All Valley Karate tournament and despite the years that have passed, the competition between veterans Daniel LaRusso (Ralph Macchio) and Johnny Lawrence (William Zabka) continues to be seen.

However, for this next fourth installment, the conflicts between them seem to be in the past, since the Miyagi-Do and Eagle Fang dojos join forces to defeat Cobra Kai in the All Valley Karate Tournament, whoever loses must hang up their gi .

In the same way, the same Netflix production gave us the synopsis of the next thing we will see on the screens “While Samantha LaRusso and Miguel try to maintain an alliance between both academies, Robby Keene enters fully into Cobra Kai. What tricks does Kreese have hidden ? Will Daniel and Johnny be able to bury their confrontation to defeat Kreese? Or will Cobra Kai become the face of karate in the valley? ”

From now on we are all eager to discover more of this story, however, there are still a couple of weeks to enjoy it, because, as we will remember, this fourth season of Cobra Kai opens on December 31st.