Cobra Kai is a continuation of the Karate Kid movies, focusing in part on kids learning karate from two former teenage masters of the form, Daniel LaRusso and Johnny Lawrence. Some of those young adults, or “kids” if you prefer, are quite good at karate and other martial arts techniques, bringing levels of realism and intensity to their Cobra Kai fight scenes.

You’d think the Cobra Kai cast would have enough on their plate without their co-stars making it harder for them. They already have to learn complicated fight choreography in addition to memorizing their lines and conveying the drama of their characters. But no, a clown has to cause trouble on set, and that clown is Tanner Buchanan, according to Mary Mouser.

In a recent interview for the presentation of the fifth season of the series now on Netflix, she asked the cast some trivia questions. When the interviewer asked, “Who is most likely to break character and laugh during a take?” The young actress Mary Mouser immediately said, “Tanner.”

Mary Mouser touched on Tanner Buchanan’s antics and not only spoils her own shots of him. He also makes things more difficult for her. The second season of Cobra Kai was the one in which Samantha (Mouser) trained with Robby (Buchanan) and his father, Daniel (Ralph Machio). The series turned that training plot into Samantha and Robby briefly falling in love, so the actors had a lot of scenes together.

But as if the Mary Mouser accusations weren’t enough, Gianni DeCenzo who plays Demetri in Cobra Kai was also very candid about the situation. Season 2 was also where Demetri decided to sign up for the free Miyagi-Do classes. He was not a very ambitious student and it was difficult for Daniel to communicate with him. As an actor, Gianni DeCenzo just wants to get his lines right and make the scene the best it can be. So when Demetri and Robby had scenes together in Cobra Kai season 2, you can imagine how challenging Tanner Buchanan made them. Maybe it’s good for the Miyagi-Two and Eagle Fangs that Robby ran away and later defected to Cobra Kai.

“Definitely a lot of shots are cut off because of him, especially when the camera isn’t on him, he makes funny faces and then he’s the one laughing.”

The young actor was quick to defend himself against these accusations with a sincere statement about him and his character that put him in the spotlight, but we are sure that a series without Tanner Buchanan would not be the same for 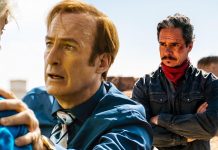 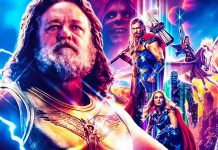 What Thor: Love & Thunder Reaction Tells About the Movie 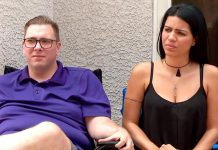 Doomed 90-Day-Old Groom Couples Who Were Too Similar

Call of Duty Mobile reveals the fifth season in a tropical...