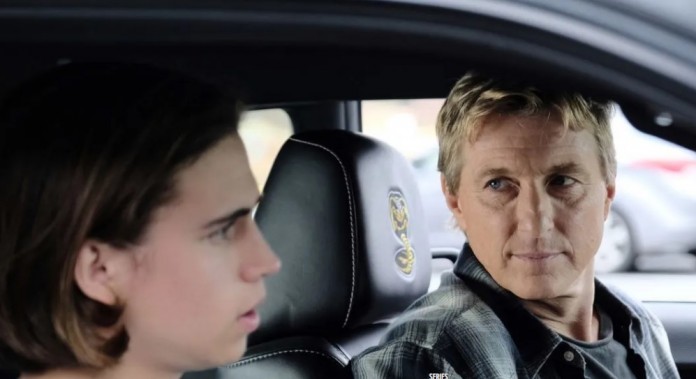 Cobra Kai, the series inspired by the Karate Kid film saga, will premiere its season 4 on the Netflix streaming platform on December 31st. The new installment will present an important event in which the students of the different dojos will face each other. that make life in the program, the long awaited All Valley tournament.

As is known, in the fourth installment of Cobra Kai the union of forces between the villains John Kreese and Terry Silver against the alliance of Daniel LaRusso and Johnny Lawrence, will be the most important central theme of the series’ plot in the next episodes, coupled with the particular rivalries between some of the main characters.

In a question and answer session on twitter in late November, the creators of the Netflix action-adventure drama stated that season 4 of Cobra Kai will delve into Robby’s story arc. A character who has had enough driving problems, which is possibly due to the trauma that has dragged on since childhood and the conflictive relationship he has with his father Johnny Lawrence.

Like Robby, Tory Nichols will also be an important part in the next episodes of Cobra Kai. In fact, her previously unknown family history will surface when season 4 premieres. Some fan theories indicate that his mother, who was heard speaking in the first episode of the third installment, but never appeared on screen, could be one of the main characters in The Next Karate Kid, the fourth film of the 1994 franchise starring Hilary Swank as Julie Pierce, alongside Pat Morita as Mr. Miyagi.

The truth is that season 4 of Cobra Kai is ready to debut on Netflix. The next episodes of the series were filmed from January to May of this year, but what really surprised fans during the same question and answer session last month, was when one of the creators of the drama revealed that about the fifth delivery is completing the filming. Without a doubt, this is a sample the cast and crew are advanced in the story.

In this regard, during a recent interview according to Cartermatt, Cobra Kai co-creator and executive producer Josh Heald was asked if season 5 will be the last. In this regard, he confirmed that there are plans beyond the next seasons of the Netflix drama, and therefore the story will not end here. This explained:

“We have beyond season 5. We are not writing until the end of the series in season 5 at this time. We can’t believe we’ve filmed two seasons of the show this year. In our minds, it’s crazy to believe how far ahead we are in the story than what the audience has seen so far. Season 5 is another huge season with a lot of new flavors and a lot of things you haven’t seen on the show yet. And it is not the end ”.

The prequel game “The Witcher” Gwent: Rogue Mage has been announced,...