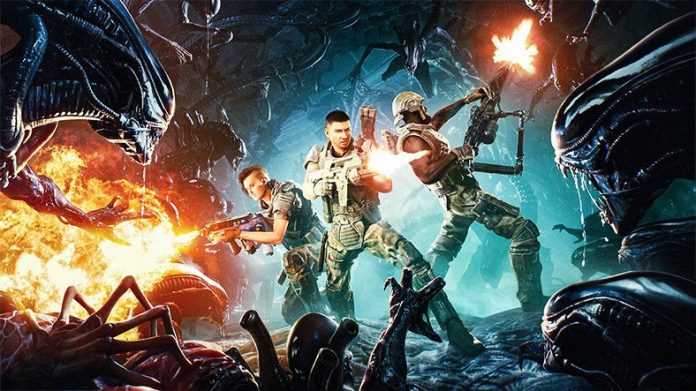 Aliens, which will take place in the Alien universe: With the announcement of Fireteam, many game lovers started to get excited. While a fun Alien game has not been released for a long time, the game that will parallel the movie is expected to take place 23 years after the events in the Alien trilogy.

Craig Zinkievich, co-founder of Cold Iron Studios, is a true Alien fan. He was so much a fan of the 1986 Aliens 2 that making the game has been his biggest dream ever since. As the name suggests, the general theme of the game takes place in the Alien universe and has a Co-op gameplay mechanism. At the same time, RPG elements stand out in the game.

The Xenomorph (Alien) epidemic is known to the whole world. With the Colonial Protection Act enacted in 2187, warships are assigned to protect against Xenomorphs. In the story where we play a rookie soldier on the USS Endeavor, we enter orbit the planet Katanga as a result of a danger call.

When you go to Katanga, the action starts. We are going into a relentless struggle with Xenomorphs that are soggy from all sides. Especially when we jump into the Xenomorph hive, the action will increase incredibly. We will embark on the adventure by choosing one of the Gunner, Demolisher, Technician, Doc and Recon classes. According to the difficulty levels of the game, you should definitely not forget that friendly fire, that is, friendly fire is opened. In our opinion, the game will offer an incredible shooting experience from every angle; It will be released for PC, PS5, PS4, Xbox Series X and Xbox One.

Heroes of the Storm No Longer Receives New Content from Blizzard