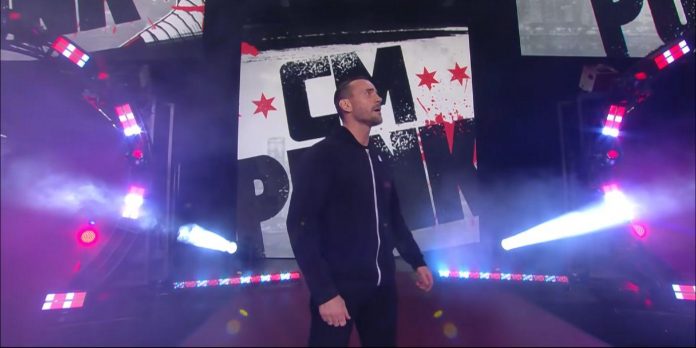 AEW may want to compete with WWE eventually more directly, but CM Punk seems to know that right now All Elite is just a viable alternative product. There’s nothing wrong with that, of course. Even moderate competition contributes to the improvement of professional wrestling, especially now that the ultra-competitive and purposeful Triple H is responsible for the creative process in WWE.

WWE has changed markedly since Vince McMahon abruptly retired, and behind-the-scenes shifts will continue to have a lasting impact on the landscape of this business. SM Punk has been on both sides of this equation, so when he speaks, he comes from experience and knowledge. However, even Tony Khan admitted that trying to compete with WWE Triple H would be different from what it was for All Elite up to this point.

Related: If Logan Paul didn’t earn your respect at SummerSlam, then he Never Will

In a recent interview with That Hashtag Show, Punk spoke about the current state of professional wrestling. “The landscape… it depends on your point of view. It depends, I think, on how grumpy I am that day, you know? Or you can say: “Look at this, it’s thriving.” For the first time, a second viable company has appeared — and I’m not going to say that this is a real threat, it’s just a viable, healthy company and a second place where men and women can receive money for participating in the ring on television. “It’s interesting to note that Punk hasn’t gone so far as to say that All Elite is a threat to WWE at the moment. “I know there are people who think Dynamite is the best thing in the world. There are people who think Dynamite is bad. I believe professional wrestling is thriving.” (h/t on CagesideSeats.com for transcription)

It’s worth taking the time to listen to a Punk say these things, as the tone of his voice is important. He does not reject the idea of AEW competing with WWE. Instead, he seems to emphasize that this is a place where more wrestlers can hone their skills by working for another company. It’s not that bad.

The last time WWE felt any pressure from the competition, fans were treated to Monday Night Wars. AEW is not WCW (in the distant future), but fans can bet that Triple H won’t be as oblivious to what’s going on there as it seemed to Vince McMahon. He will aggressively transform the WWE according to his image and will again look for the best independent talent that money can buy. It’s going to be an interesting few months for AEW.

The Witcher: How Much Does Henry Cavill Earn On The Netflix...

HBO Max: Streaming Name Does Not Please Executives And Can Be...