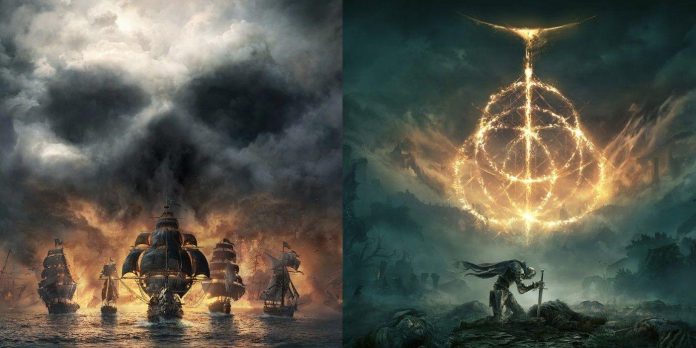 A new trailer for the Skull and Bones gameplay was released this week, and the user interface shown for the game reminded many players of the Elden Ring meme released earlier this year. New footage of “Skull and Bones” appeared along with the release date of the long-awaited pirate adventure, which will finally be released in November this year. While fans still have a lot to learn about the upcoming game, many can’t help but wonder about the overwhelming state of the game’s user interface.

Ubisoft is known for including detailed UI overlays in its games, sometimes mistakenly. From Far Cry to Assassin’s Creed, some fans felt that the uploaded overlays were trying to convey too much information at the same time, often including data that is not very important for the current gameplay. As for the user interface, Elden Ring drew both praise and bewilderment for its minimalistic user interface when it was released earlier this year. for the game to give more guidance. The hilarious Elden Ring meme originated from the name of the user interface, where a fan edits the user interface to make it as cluttered as possible, as if it had been developed by Ubisoft.

New footage of the Skull and Bones gameplay prompted many players to recall the Ubisoft Elden Ring meme. Twitter user bluefootednewt (via GamesRadar) posted an image of the Skull and Bones user interface, stating that it “unironically looks like the user interface of the Elden Ring meme.” Along with this, the real screenshot is very similar to the image from the Elden Ring joke. The interface of the upcoming game contains several different pieces of information: what appears to be the health and speed of the ship is displayed next to the chat button and the plan of the current quest, the direction of which is also displayed on the compass at the top of the screen. the screen, as well as several other elements whose functions are not clear.

Although some features of the new Skull and Bones, such as naval battles and building a pirate empire, are very intriguing to many players, it is difficult for fans to get excited about the game when it seems that Ubisoft may be repeating some of its past design mistakes. One of the reasons the comparison to the Elden Ring meme is so funny is how stunningly accurate the image of the joke turned out to be a few months later. Apart from the inventory display and the action buttons displayed on the screen, the two images are strikingly similar. While the user interface is not something fans should base their expectations on, the complex Skull and Bones interface indicates that the upcoming game is likely to provide players with a large amount of recommendations and information all the time.

The way Elden Ring unfolded thanks to independent research was part of its huge popularity: many players appreciated the need to independently understand the game world without outside help. However, other players still prefer a more controlled narrative, which has become almost the standard for the RPG genre. While this comparison between the Elden Ring meme and real-life Skull and Bones footage is undoubtedly funny, there’s still a lot to learn about the upcoming game before players can form a full-fledged opinion.