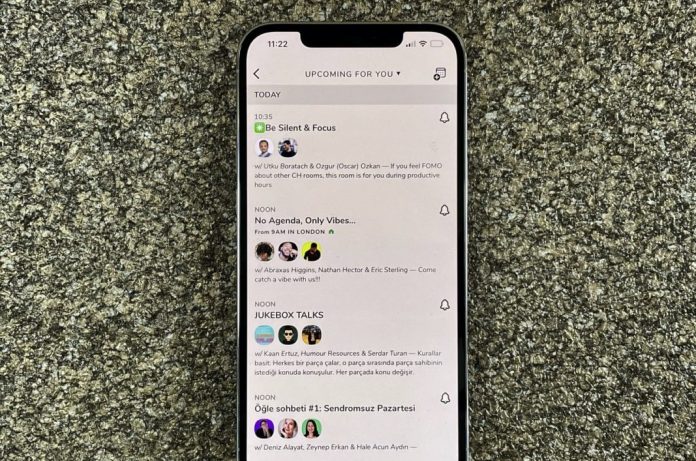 Clubhouse, one of the popular applications of the last period, is preparing to take new steps for the security and privacy of users. Because the Stanford researchers recently published a report for the vulnerabilities in the application’s infrastructure. On top of that, the team that developed the application plans to introduce an additional encryption method to the application in order to prevent pinging to servers in China. In this way, the team aims to increase Clubhouse security measures.

Promising an experience based on “voice communication” to its users, Clubhouse has become the center of attention with its rapid rise in the recent period and has become one of the most popular applications available on the AppStore. However, this rapid rise brought various adversities with it. According to the news, security vulnerabilities were found in the Clubhouse application that threaten the security of users. User data is vulnerable to access by the Chinese government, according to the report put forward by Stanford researchers.

User data in the Clubhouse may be vulnerable to Chinese government access, according to a report recently released by the Stanford Internet Observatory (SIO). The reason for this vulnerability is Agora Inc., a Shanghai-based technology company that provides infrastructure support for the application and hosts data. In addition, data belonging to the application are also transferred to servers located in China and this data is routed through servers managed by Chinese organizations. In addition, the report states that this data poses a serious security risk for all users.

What steps will Clubhouse take for security measures?

Following the reports from the SIO team, Clubhouse rolled up its sleeves to increase security measures and made statements on the subject. Announcing that the necessary steps will be taken to eliminate the problem within the next 72 hours, the statement published by Clubhouse includes the following statements:

See Also
Clubhouse app can be used for scams

“With the contributions and help of the Stanford Internet Observatory (SIO) team, we have come to realize some issues we need to strengthen our data security. In the next 72 hours, we will implement the necessary practices for data encryption and not to transfer the data of Clubhouse users to Chinese servers. However, we plan to work with an external security company in order to examine the situation in detail and to provide the necessary confirmations.

Although the Clubhouse has gained popularity very quickly, various reports have been circulating that there has been a decrease in the number of users of the application. On top of these, the emergence of security vulnerabilities has greatly shaken the confidence in the application. It remains unclear what kind of measures the Clubhouse team will take in the next 72 hours to increase security measures and to what extent these measures will affect user safety.

One Piece: Girl shows a charming cosplay of Zoro Precious