Home Science The Closest Black Hole to the World Ever Observed 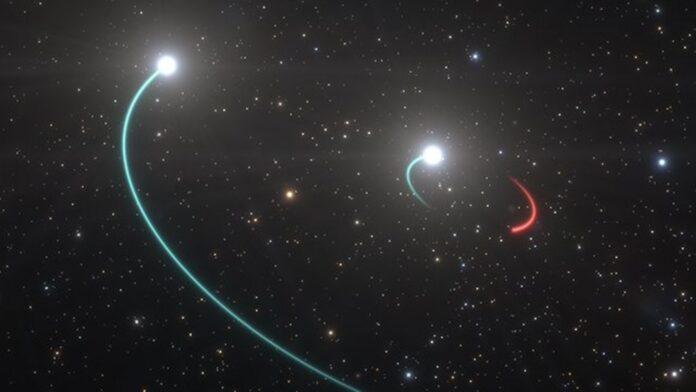 Scientists from the European Southern Observatory have discovered a black hole just 1,000 light years from Earth. The black hole, which is the closest black hole to Earth detected so far, could be detected thanks to two stars around it.

Scientists from the European Southern Observatory (ESO) have announced that they have found the closest black hole system to Earth discovered to date. Two stars in the black hole system called HR 6819 can be seen with the naked eye from Earth.

Petr Hadrava from the Czech Republic Academy of Sciences, who took part in the discovery of HR 6819, said that they were very surprised when they realized that the stars in the black hole system were visible from the Earth with the naked eye. Hadrava explained that the stars of the black hole system in the Telescopium constellation can be clearly seen on a clear night without binoculars or telescopes.

The researchers began to observe the system called HR 6819 as part of a study they initially did on binary star systems. As the observations continued, it was understood that there was a third object not previously discovered in HR 6819.

One of the stars orbits around the black hole for 40 days.
The black hole, the third celestial body in HR 6819, began to be observed with the FEROS spectrograph on the MPG / ESO 2.2 telescope at La Silla Observatory in Chile. During the observation, it was understood that one of the two stars revolved around an object that was not visible in 40-day periods. The other star in the system continues to spin in a larger orbit than the first. Dietrich Baade, one of the researchers at ESO, said the observations had to continue for several months to determine the star’s 40-day turn.

The black hole in HR 6819 was recorded as one of the first black holes to be detected as truly invisible because it does not interact with its surroundings. However, the examination of the trajectory of the two stars in the system provides information such as the mass of the black hole.

The discovery of the invisible black hole in HR 6819 provides an important clue that there may be many undiscovered black holes in the Milky Way. “There must be hundreds of millions of black holes there,” said researcher Thomas Rivinius. But we know very little. “Knowing what to look for will make us in a better position to find black holes.”

A second black hole system was found
Astronomers think that the discovery of HR 6819 may shed light on the discovery of a second system. Marianne Heida, a researcher at ESO, said a system called LB-1 could be a triple system, just like HR 6819. In the system named by the researchers as LB-1, two stars, which are thought to be rotating around the black hole, were discovered together and a third star that was further away.

Scientists think they can provide clues about a violent cosmic merger that causes mass gravitational waves to be perceptible if they reveal the black hole in LB-1.

According to Experts, Coronavirus May Have Different Symptoms in the Body