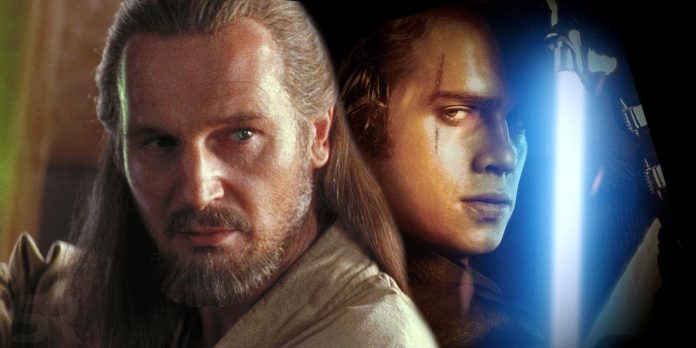 When Anakin Skywalker questions the Republic Admiral’s orders during the Star Wars comic set during the Clone Wars, it turns out that Qui-Gon Jinn’s moral philosophy had a profound effect on the young Jedi. Unlike other iterations of the character, the comic “Star Wars: Age of the Republic — Anakin Skywalker” concretizes Anakin’s disagreements with how the Clone Wars were fought.

Related: “Star Wars: Where the Separatists made Combat droids after Geonosis”

“Star Wars: The Age of the Republic. Anakin Skywalker” is written by Jody Hauser, and the art is by Corey Smith and Wilton Santos. The comic begins by showing Anakin’s point of view on the battle between Republic and separatist forces in the Corvaire sector. When Republic Admiral Yularen suggests blowing up an entire foundry full of droids on the nearby third moon of Kudon, Anakin realizes that the human workers of the foundry will also be inside. The result of the attack, he said, would be “killing everyone inside. Living beings, not soldier droids.” The young Jedi opposes this plan, reminding Yularen that these creatures inside “are not soldiers. They are workers.” While Anakin perfectly destroys droids, his morality does not agree with the idea of ending the lives of those who can feel emotions and judge their lives. In addition, as workers, these creatures are hired to perform their official duties, while soldiers prepare for battle and know that their death on the battlefield is possible.

Discussing this issue with Obi-Wan Kenobi, Anakin says, “Isn’t that the only reason the Jedi are part of this war? Saving lives? At the end of their conversation, Anakin’s expression expresses his anger when he says that “killing people this way is just wrong.” Anakin repeats Qui-Gon’s opinion that the Jedi have lost their way because their actions are more related to fighting the separatists than to saving lives across the galaxy. Anakin’s disagreement with killing people in the name of successful military operations echoes Qui-Gon’s opinion that the Jedi are more focused on acting as a tool of war for the outer Republic than on the Order’s internal duty to each planet.

Defying Admiral Yularen’s direct orders, Anakin’s actions are more in line with the Jedi Order’s original mission to act as peacemakers across the galaxy, rather than blind soldiers simply following orders. Like Qui-Gon Jinn, Anakin Skywalker’s commitment to the Jedi Code helps him sort out the contradictory aspects of the war. This shows how, although Palpatine was already courting him, the good in him remained fixed thanks to his morality. Ironically, Anakin’s disagreement with killing innocents contradicts Darth Vader’s later killing of Jedi and children during Order 66, which he admits is his darkest act. This Clone Wars conflict illustrates the light in Anakin Skywalker’s morality during his fight against the dark side and how it resembles Qui-Gon Jinn’s beliefs throughout the Star Wars franchise.