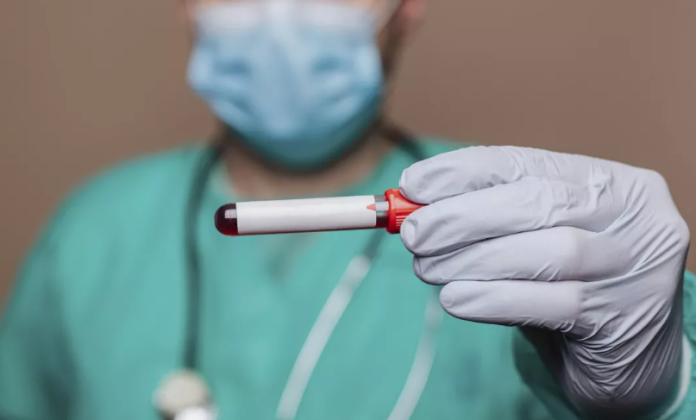 Why this is important: Hospitals constantly need donor blood. Approximately 30,000 units per day are used to treat accident victims and people with blood diseases such as sickle cell anemia. Hospitals often experience shortages when they take in large numbers of trauma patients. But what if we could replicate a typical donation in the lab and extend its shelf life?

Scientists from the National Health Service (NHS) of the United Kingdom, with the help of Bristol and Cambridge Universities, successfully transfused blood grown in a laboratory to two people. The BBC notes that this world-first study is part of an ongoing study aimed at determining how laboratory-grown blood works in the body.

At the time of the announcement on Monday, both subjects had no side effects. It is worth noting that for safety reasons, only a small amount of blood is transfused in these tests (about one or two teaspoons). Testing will continue with eight more healthy volunteers.

Synthesized blood cells are produced by isolating stem cells from an ordinary pint of blood using magnetic beads. Scientists “direct” a sample of about 500,000 stem cells to produce 50 billion red blood cells. This sample is then filtered to collect only those that are suitable for transfusion (about 15 billion cells).

Scientists hope to achieve several things. The main goal is to be able to synthesize and replenish hospitals, clinics and blood banks with usable rare blood groups. Type AB-negative is the rarest type of ABO, which affects only one percent of the population. More importantly, people with O-negative status are known as universal donors because their blood is compatible with all types. However, only seven percent of the population has O-negative, so it is in great demand.

There are even rarer types such as Hh, also known as Bombay blood type. This type occurs only in 0.0004 percent of the world’s population (0.01 percent in Mumbai, where it was discovered). Like O-negatives, anyone can get Hh without complications, but people in this group are not compatible with any of the types of ABO, including universal O-negative, and should receive Hh with blood.

“In the future, we want to produce as much blood as possible, so I have a vision in my head: a room full of machines continuously producing it from ordinary donated blood,” Professor Ashley Toy of Bristol University told the BBC.

The second goal of the study is to find out whether the synthesized blood has a longer “life span”. Our body is constantly producing red blood cells. Usually each lasts about 120 days. However, the shelf life in the blood bank is much shorter because all cells of different ages are mixed. The idea is that since lab-grown blood is uniformly “young”, theoretically it should be preserved for a full 120 days before it needs to be replaced.

To track down this theory, researchers inject subjects with a normal sample, and then, at least four months later, a synthetic one. Each is labeled with a radioactive isotope, so they can tell how long each cell has been circulating in the bloodstream. If everything is correct, the blood grown in the laboratory should remain in the subject longer. If the tests are successful, there will be much less shortage of the necessary blood groups in blood banks and hospitals, but the technology requires significant costs. Regular donations cost about 130 pounds ($150) to collect, pack and store. Its production in the laboratory is “significantly” more expensive, although the researchers were silent about the exact figures.

There are also some restrictions on the number of stem cells that clinicians can collect. Despite the costs and obstacles, researchers are optimistic about the benefits of their work.

“This world-leading study lays the foundation for the production of red blood cells that can be safely used for transfusion to people with diseases such as sickle cell anemia,” said Dr. Farrukh Shah, medical director of the NHS Blood Transfusion and Transplantation Department. “The opportunity for this work to benefit patients who find it difficult to transfuse blood is very significant.”

Why Does the Sky Look Blue?