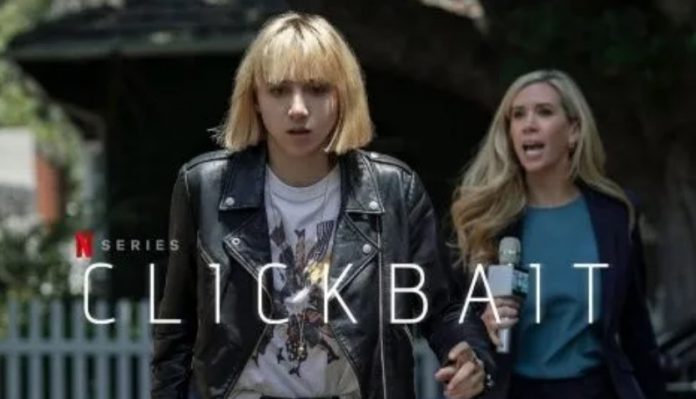 Netflix has released the trailer for its animated new mystery show, which will launch later this month. Clickbait follows the savage disappearance of a man vying for fame and attention on the Internet.

Netflix’s latest limited series appears to be based on many topics that are seen going around on social media, from bad men to internet conspiracy theories. Clickbait is intended to be an avant-garde look at the ways we examine people and the latent secrets that lie beneath.

The series tells the story of Nick Brewer (Adrien Grenier) who one day disappears. When his wife (Betty Gabriel) and sister (Zoe Kazan) start looking for him, a live feed appears showing Nick holding signs alleging that he has beaten and murdered women.

When the videos reach five million views, Nick will die. Are the accusations true? Do they show that the seemingly perfect family man has something to hide? Or is this part of a kidnapper’s twisted game to illustrate the danger within society’s speedy trials?

According to the Netflix synopsis, the eight-episode limited series “is a compelling, high-stakes thriller that explores the ways our most dangerous and out-of-control urges feed into the age of social media, revealing the ever-widening fractures that we find ourselves among our and real-life characters. ”

Along with Grenier, Kazan, and Gabriel, the series will star Jessica Collins, Camaron Engels, Jaylin Fletcher, Motell Gyn Foster, Daniel Henshall, Abraham Lim, Ian Meadows, and Phoenix Raei. The series comes from co-creators Tony Ayres and Christian White, with Ayres also serving as showrunner. White is set to serve as a co-producer and writer on the project, and Brad Anderson has been appointed as lead director.

All eight Clickbait episodes to debut globally on Netflix on August 25.