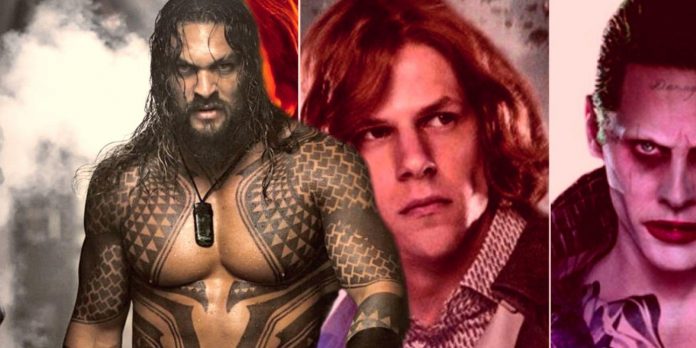 One particularly compelling theory suggests that Aquaman is actually a secret villain in the DCEU, and does so simply by exploring the character’s story from a different perspective. Jason Momoa’s Aquaman, first introduced in the franchise in a cameo role in the movie Batman v Superman: Dawn of Justice, became one of the founders of the DCEU Justice League. According to the canons, his first solo appearance takes place after the events of the Justice League, and it was there that the character was finally studied in detail.

Despite mixed critical opinions, Aquaman has been a success at the box office, proving that the character can stand up for himself among the likes of Superman and Batman in terms of running his own films. “Aquaman” boasts several scenes of underwater battles, several stars of the first magnitude and an interesting story of the origin of the main character. Having grown up as a human and spent most of his life ignoring his Atlantean heritage, Arthur returns to Atlantis to thwart his half-brother Orme (Patrick Wilson) Become the Master of the ocean and declare war on the surface. As expected, Aquaman succeeds in his mission, becoming the king of Atlantis himself, serving as a bridge between the surface world and the underwater realms.

One theory (via Reddit) actually suggests that Aquaman is not a hero at all, but a ruthless tyrant. Although the idea of Aquaman as a tyrant is not entirely original, there are certain details in Aquaman that emphasize his true nature. He not only establishes his rule through fear, but also shows that he deliberately ignores the traditions of Atlantis. Moreover, his treatment of his half-brother and his accidental murder of his future subjects further point to a villainous trait in the DCEU character, leading to the theory that he may not be the hero he seems.

Aquaman’s motives were no different from Orm’s

One of the biggest pieces of evidence supporting the theory is contained in the subtext of the film. Arthur Curry repeatedly acts without real respect for the traditions and customs of Atlantis, even when he tries to overthrow its monarch. Instead of trying to better understand the situation, he simply, without hesitation, confronts Orm about how gaining control of Atlantis in Aquaman could destabilize her society. Simply put, Arthur acts under the influence of emotions, without thinking about the consequences.

This makes him essentially the same as Orm, whose fear and distrust of the surface world prompt him to start a war with humanity. None of the men thought about how his actions would affect others, and simply defended his possessions. In this respect, the motives of Arthur Curry are almost identical to those of the villain Aquaman. While this alone is not enough to fully guarantee the plausibility of the theory, it underscores that Aquaman’s status as a hero or villain in Aquaman is entirely a matter of perspective.

In the third act of the film, Aquaman takes the armor of King Atlantean and finds his lost trident. He then orders the Karatenes to help him and returns to confront Orm and his numerous forces. However, at this point in the film, the forces of Orm combine the power of three separate kingdoms and engage in battle with the fourth. Arthur and Karaten (who is under his control) devastate the battlefield, killing soldiers from both sides of the conflict before directly confronting Orm. After defeating his half-brother in battle, Arthur is declared king of Atlantis.

However, these events are not so well read when Arthur is viewed through a more neutral prism. The DCEU Aquaman story is a story in which he is characterized by the fear he instills in his subjects, which is perpetuated by his own behavior in Aquaman. From the point of view of the average Atlantean, the alien arrives with somewhat insignificant claims to the throne, miraculously avoids an unsuccessful attempt to overthrow the current king, and then returns with a colossal mythical monster and the clothes of an ancient ruler. Moreover, he is doing all this simply to protect his own people — the very people who poisoned both the sea and the planet — and not out of sincere love for Atlantis. For an ordinary citizen forced to live under Arthur’s rule, Aquaman from the DCEU must be a pretty intimidating figure.

One of the characters potentially guilty of Arthur’s villainous activities is his mother, Queen Atlanna (Nicole Kidman). By her own actions, she not only sows the seeds of his questionable morality regarding everything related to Atlantis, but also strengthens them when the couple reunites. The violation of Atlanna’s traditions is what ultimately led to the birth of Arthur.

Mariska Hargitay and Kelli Giddish’s relationship off the set of Law...