Home Sport Who is Clement Turpin, the referee of Barcelona vs. Borussia Dortmund of... 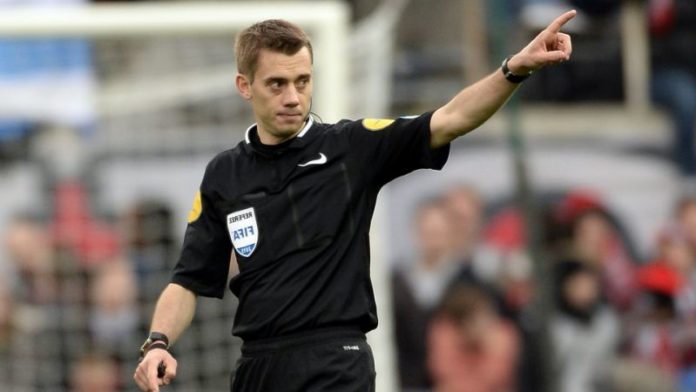 Clement Turpin, a French colleague, is in charge of arbitrating the match of the fifth day of the group stage of the Champions League that will face Barcelona and Borussia Dortmund at Camp Nou.

Tupin is a FIFA international referee since 2010, being one of the youngest in the competition, with only 36 years. He was also the youngest French colleague in history to be elected international and was among those selected to referee at the 2018 World Cup in Russia.

His last precedents with Spanish teams are recent, since he led Barcelona, ​​precisely, in the return of the quarterfinals of last UEFA Champions League in which the Blaugranas were eliminated 3-0 against Roma. In addition he also refereed the first leg of the Europa League 2018 semifinals between Arsenal and Atlético de Madrid and last year the 0-2 victory of Real Madrid also in the Olympic.

So far this season, Clement Turpin has led ten meetings: seven in Ligue 1, two of the Champions League, none to a Spanish team, and the international friendly between Germany and Argentina.

The golf world reacts to an extremely strange disqualification of a...

The reaction of the sports world to Shakira’s Saturday news