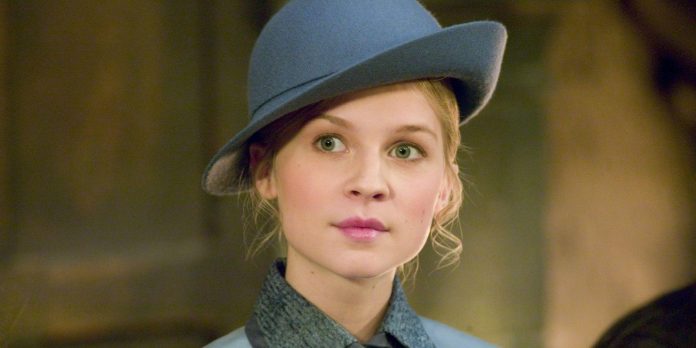 Harry Potter fans know Clemence Poesy as the actress who played Fleur Delacour, but in what other films and TV series she starred. French actress Clemence Poesy made her debut as a student of the Charmbaton Fleur Delacour in the film “Harry Potter and the Goblet of Fire” and later. She reprised her role in the last two Harry Potter films, during which she married Bill Weasley and valiantly fought against Voldemort’s henchmen in the Battle for Hogwarts.

“Harry Potter and the Goblet of Fire” became the actor’s first role in an English-language movie, but before Clemence Poesy played Fleur Delacour, she starred in the German drama “Olga’s Summer” and the French comedy “Welcome to the Roses”. Prior to The Goblet of Fire, Poesy also played Mary, Queen of Scots, in the BBC miniseries Gunpowder, Treason and Conspiracy and played a smaller role in the 2005 apocalypse drama series Revelations. At the end of the noughties, she received the main role of Natasha Rostova in the TV adaptation of “War and Peace” and starred in three critically acclaimed films — the black comedy “In Bruges”, the British horror “Heartless” and Danny Boyle’s survival drama “127 Hours”.

By topic: What the cast of Harry Potter has Done Since the Movies Ended

In 2010, Poesy starred in four episodes of the TV series “Gossip Girl” as Chuck Bass’ sweetheart Eva Coupeau. A few years later, she got a bigger role on television, playing Detective Elise Wassermann in the harsh crime drama “Tunnel”, and received excellent reviews for her work. During the 2010s, she also played a number of film roles, including playing Jeanne D’Ark in “The Silence of Jeanne”, starred in the creepy British thriller “Those who are Below” and was filmed by actor-director Stanley Tucci in “The Last Portrait” in 2017.

Clemence Poesy added another real-life role to her resume in 2018, when she played French artist Francoise Gilot in the second season of the National Geographic anthology series “Genius.” She then played a fictional character named Emma in Marcel Marceau’s 2020 biopic The Resistance and played the small but pivotal role of time-traveling scientist Barbara in Christopher Nolan’s mind-blowing spy thriller The Argument the same year.

Most recently, Clemence Poesy demonstrated her acting abilities by playing Leonora in the French TV show En Therapie, a drama set in a therapist’s office after the 2015 terrorist attacks in Paris. Actress Fleur Delacour also played a cameo role in the British comedy series “Ten Percent”, playing a fictional version of herself, and together with Claire Danes and Tom Hiddleston starred in the Gothic historical drama Apple TV + “The Essex Serpent”.