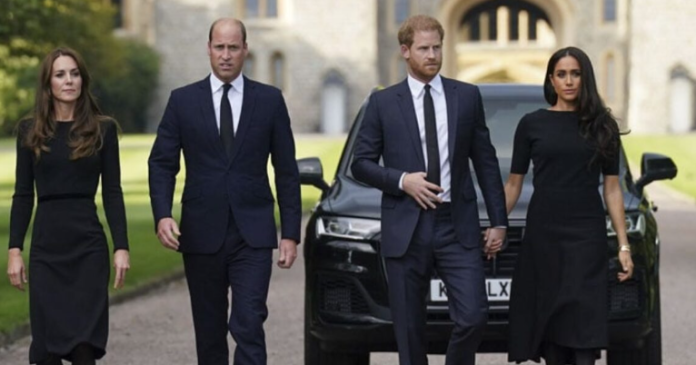 Meghan Markle’s entry into the royal family clearly divided fans into two teams: Team Sussex and Team Wales. Prince William, Kate Middleton, Prince Harry and Meghan Markle were affectionately called the “Magnificent Four.” However, misunderstandings and quarrels began to creep into the relationship. Soon, reports of quarrels between Middleton and Markle appeared in the media. The relationship between the royal brothers was also not spared. And soon people began to incite the Sussex against the future king and Queen consort.

The exit of Prince Harry and Meghan Markle from the royal family, followed by an interview with Oprah Winfrey and a Netflix documentary series, only made the difference between the two royal princes more noticeable. The fact that there has been no communication between the two brothers for the past two years does not improve the situation. Over the past two weeks, the Duke and Duchess have released two consecutive trailers for their eye-popping documentary series. There were a lot of royal fans who didn’t like the two clips and were reminded of Prince William and Kate Middleton.

To troll the Duke and Duchess of Sussex, social media users began praising the Prince and Princess of Wales. Two days ago, an unseen wedding photo of Prince William and Kate Middleton went viral on Instagram. Fans filled the comments section with love and flattery. It is noteworthy that the image was used by the future King and Queen Consort on their Christmas card in 2011.

While fans poured out copious love for the Prince and Princess of Wales, Prince Harry and Meghan Markle were met with a lot of hate and criticism. Netflix released a trailer for “Harry and Meghan” on YouTube, and the comments section was filled with fans urging members of the royal family from California to use royal titles and their privileges.

Whose team are you on in this battle between two royal brothers? Team Sussex or team Wales? Let us know in the comments below.