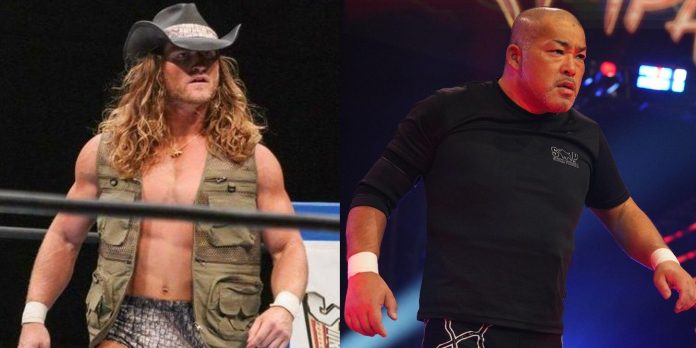 The first joint pay-per-view between All Elite Wrestling and New Japan Pro-Wrestling has undergone a line-up change. The injury of Tomohiro Ishii, one of the Forbidden Door participants, changed the composition of the crossover, which no longer had some of the largest participants in this sport. Ishii will be replaced in his match by the person he defeated to qualify for the Forbidden Door.

The AEW X NJPW: Forbidden Door card consists of 10 matches, six of which are for championships. At stake for NJPW will be the IWGP World Heavyweight Championship, the IWGP USA Championship and the IWGP Tag Team Championship. AEW will defend its women’s World Championship, crown the interim world champion and the first All-Atlantic champion. The joint event hopes to become an annual event between the two promotions.

Fatal 4-the way to crown the first All-Atlantic champion in Forbidden Door has undergone minor changes in its composition. NJPW reported that Tomohiro Ishii, who was supposed to compete with PAC, Miro and Malakai Black at the tournament, suffered an injury to his left knee and was not allowed to participate in the competition for medical reasons. The company further announced that Clark Connors will take Ishii’s place in Forbidden Door. Ishii had previously defeated Connors to claim a spot in the fateful four-way tournament of the first All-Atlantic Championship. Since Ishii cannot compete, the opportunity to win gold and represent NJPW at the tournament fell on Connors’ shoulders.

On June 8, after the announcement of the match between PAC and Buddy Matthews, AEW reported that the stakes would be high in the match between the two men. This will be the first match at the tournament in which the first AEW All-Atlantic champion will be crowned. AEW believes that the tournament and the championship represent their viewers from more than 130 countries. The tournament came to an end with a fatal four in Forbidden Door between the men who won their matches. Each of the participants of the tournament represented different countries: PAC (Great Britain), Buddy Matthews (Australia), Miro (Bulgaria), Ethan Page (Canada), Malakai Black (Netherlands), Penta Oscuro (Mexico), Ishii (Japan). ) and Connors (USA).

Before fighting Ishii to qualify for Forbidden Door, Connors defeated Tomoaki Homma, a former IWGP tag team champion. Ishii defeated Yoshinobu Kanemara, the six-time IWGP junior heavyweight tag team champion before a match with Connors. Connors is the first and only winner of Lion’s Break Crown NJPW. Connors received this award back in 2020 after defeating Danny Limelight in the final. Connors trained with Lance Storm and Katsuyori Shibata, which should give a promising signal to those who have not yet seen Connors perform in the ring.

Ishii is not the first person whom fans were happy to see in the “Forbidden Door” who was injured. Brian Danielson was called up by Zack Saber Jr. from NJPW, and for medical reasons he is not allowed to participate in the competition. Instead, Danielson personally chose an opponent for Saber Jr., and the identity of this competitor will be revealed on Sunday. The AEW CM Punk world champion is also unable to compete, as he recently underwent ankle surgery. Former AEW champion and long-time NJPW member Kenny Omega is also not listed, as he left the ring competition shortly after losing at AEW Full Gear. Despite the fact that some may be disappointed in the Forbidden Door line, its map, including the addition of Connors, will undoubtedly make it unforgettable.

AEW X NJPW: Forbidden Door will be broadcast from the United Center in Chicago on June 26, 2022.

The backstory of the soldier boy Mother’s Milk makes his plot...