Home Entertainment Clarity Boost Is Coming To Xbox Cloud Gaming: This Is How It... 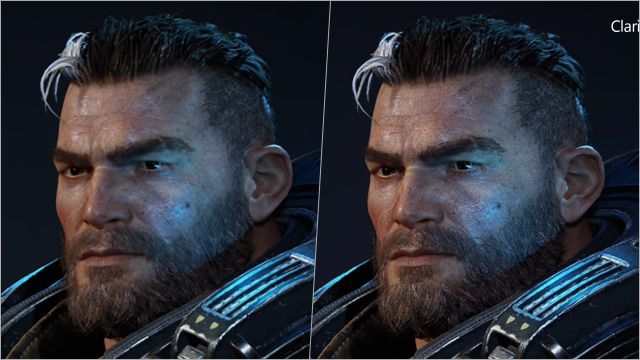 Clarity Boost: Microsoft’s cloud game xCloud improves on Microsoft Edge browsers with this new scaling technique. They explain in a statement how it works. Xbox Cloud Gaming and Microsoft Edge browsers have entered into a new alliance to create an optimized cloud gaming experience. The application of cloud technology in video games is only getting better. After establishing itself on mobile devices and Xbox One consoles, Xbox Series and PCs with servers based on Xbox Series, Microsoft’s bet on streaming, Xbox Cloud Gaming, welcomes Clarity Boost, a scaling technique that improves the visual quality of video games through Edge browsers. Let’s take a look at how it works.

Clarity Boost seeks to improve and optimize cloud gaming through scaling techniques so that the visual experience of all titles played in Edge browsers is benefited without compromising performance along the way. The image speaks for itself. Currently in testing and available to Microsoft Edge Canary downloads, all Xbox Game Pass Ultimate subscribers are expected to benefit from these optimizations sometime in 2022. For now, only on Microsoft Edge browsers.

The promise is that streaming is smoother and clearer, thus reducing on-screen artifacts by better building the image we see on screen. From The Verge they have been able to access more images and a video, apart from those included in the official Microsoft portal, including some of the recent Forza Horizon 5, which clearly sees the appearance of the foliage and other elements of the environment improved.

Despite the fact that in some areas of Spain Xbox Cloud Gaming does not work as well as in others, there are more and more players who ensure that the experience is optimal, especially in titles that are not so linked to the action. For example, Yakuza: Like a Dragon is a turn-based title, which makes cloud play more enjoyable than a fighting video game, where every millisecond counts.

Microsoft’s goal is for xCloud to also reach Smart TVs in the future; in fact, they work on an HDMI stick in the purest Chromecast style, so that it is consolidated as one more alternative to access Xbox Game Pass in a greater range of electronic devices.

In the same way, more and more Xbox Game Pass titles are adapted for touch control, without the need for a controller, with a virtual interface that simulates the commands directly on the screen.