Home Celebrity Claire and Jamie confirm their most brutal moments 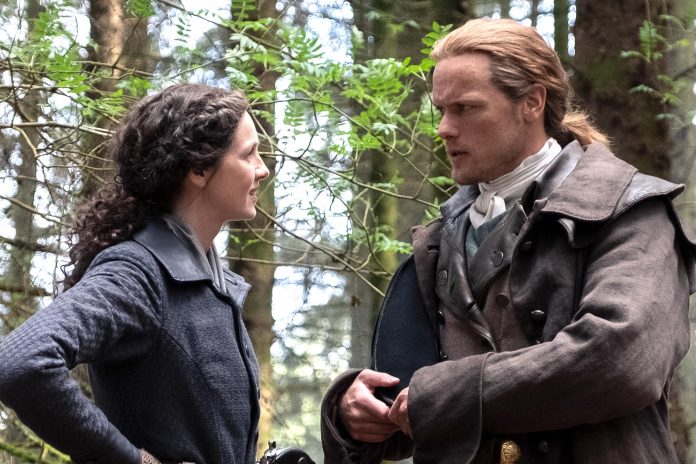 Finding themselves in the midst of the most crucial war of the 18th century in Outlander, Jamie (Heughan) and Claire Fraser (Caitriona Balfe) will face the darkest aspects of their relationship at home on Fraser’s Ridge.

Outlander production restarted earlier this month after extensive delays caused by the coronavirus pandemic, and it is tentatively expected to return to Starz and Amazon Prime Video by the end of the year.

Meanwhile, the series ‘lead writer addressed some of the biggest challenges facing a television shoot during the pandemic, as well as previewing the next leg of the Frasers’ epic adventure.

Season 6 will begin with the entire Fraser family deciding to stay at Fraser’s Ridge, including her daughter Brianna (Sophie Skelton), her husband Roger (Richard Rankin), and baby Jemmy.

In addition to the rapidly expanding American Revolution, Matthew B. Roberts confirmed that Jamie (Sam Heughan) and Claire (Caitriona Balfe) will face their own problems that could reflect the brutal war against the English Redcoats.

Michael B. Roberts indicated that the sixth season of Outlander will address Claire’s sexual assault head-on as the couple determine what it could mean for their relationship.

Once again, exploring time traveler Claire’s passionate yet strained relationship with Jamie, a 1700s Highland warrior, the upcoming season of Outlander might as well be the most action-packed installment yet.

In the wake of Claire’s horrendous attack and Jamie’s continued loyalty testing, Outlander fans won’t want to miss out on what will undoubtedly be another momentous season premiere.

See Also
Why could Brianna and Roger be the main characters?

Tomorrow belongs to us: Chloe will soon change?