Home Tech The claim that we found a drug that treats corona virus from... 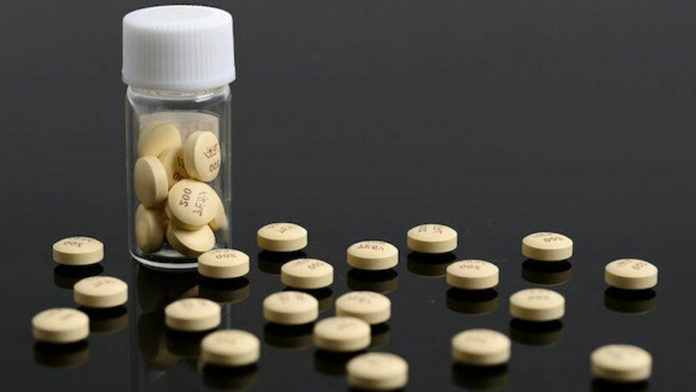 Countries’ war continues with the corona virus outbreak in Wuhan, China. According to the latest data, the number of cases across the world has exceeded 600 thousand and the number of those who lost their lives has reached 28 thousand. The Spanish Ministry of Health announced that those who lost their life from the corona virus rose to 5,690. The death toll increased by 832 a day. 139 people died in the last 24 hours in Iran. For the first time, a patient died in the Turkish Republic of Northern Cyprus (TRNC) due to the new type of corona virus (Covid-19). On the other hand, “corona virus test kit” was developed in the USA, which gave results in 5 minutes. The Russian Federal Biomedical Agency (FMBA) suggested that the drug to treat the new type of corona virus has been developed.

The number of people infected by the new type of corona virus (Covid-19), which has spread to many countries in Wuhan, China’s Hubey province, has exceeded 600 thousand.

ALLEGED AGAINST VIRUSE OF CORONA FROM RUSSIA
According to the report in Sputnik, Meflokin-based drug used in the treatment of malaria disease actively worked in the new type of corona virus outbreak.

The Russian Federal Biomedical Agency (FMBA) has suggested that a drug to treat the new type of corona virus has been developed. “The Farmzashchita” Research and Production Center of Russia FMBA developed the treatment scheme of corona virus infection on the basis of Meflokin drug used against malaria, considering the experience of China and France, the statement made by the institution.

According to information on the “Worldometer” website, where data on new cases in Covid-19 countries and regions are compiled, the total number of cases worldwide has reached 600 thousand 787.
The Spanish Ministry of Health has announced that 832 people have died in the past 24 hours. The number of people who lost their lives in Spain has increased from 4 thousand 858 to 5,690. The number of cases in Spain increased from 64 thousand 59 to 72 thousand 248.

The Covid-19 outbreak that occurred in December 2019 in Wuhan, China’s Hubey province, spread to nearly 200 countries and regions and turned into a pandemic. Due to the epidemic, 27 thousand 417 people died in the world.

Cihanpur informed that the condition of 3 thousand 206 people who are being treated in hospitals is critical.

Stating that 546 more people have been recovered and discharged from hospitals since yesterday, Cihanpur stated that the total number of people recovering was 11 thousand 679.