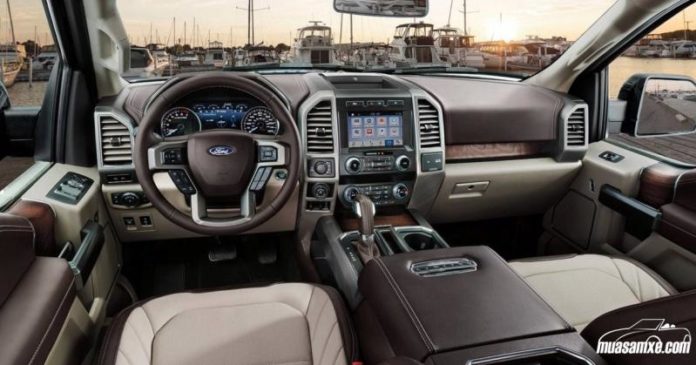 Ford seems to be taking new steps to improve the performance of the F-Class vans. A patent released last month suggests that Ford is working on both the all-wheel drive and a new steering system.

The ‘four-wheel drive (4WD) system Otomobil in cars is not a new development. It is also used in heavy duty vehicles and monster trucks, and enables the vehicles to increase their mobility under harsh conditions. The four-wheel drive system was first used in everyday vehicles in 1980 and is now being used even in high-end sports vehicles such as the Bugatti Chiron and the Lamborghini Huracon Evo.

A patent issued in December 2019 points to Ford’s decision to use all-wheel drive technology in its F-Class vans. The patent, proposed by The Drive, suggests that Ford aims to build a four-wheel drive system in its-heavy-duty ’vehicles.

Ford’s planned features don’t end with just four-wheel drive:
In addition to the four-wheel drive system, other information in the patent indicates that Ford is working on a steering system that complies with the ker Ackerman Principle ’. The operating logic of the Ackerman Principle is based on the fact that all the wheels turn from the same point when the steering wheel is turned. This prevents the wear of the different parts of the wheels over time. If this steering system is used in Ford vans, it can be said that the performance of the vehicles will increase significantly. Ford seems to satisfy its users with the four-wheel drive system it has added to their trucks.

The Drive decided to contact the company for more details on the resulting Ford patent, but Blue Oval said that patent applications are an ordinary business process in this field and that it might be misleading to enter any product expectations. Of course, time will tell us exactly how Ford’s plans will be shaped in the future.

What do you think of Ford’s plans? Stay tuned to stay informed.