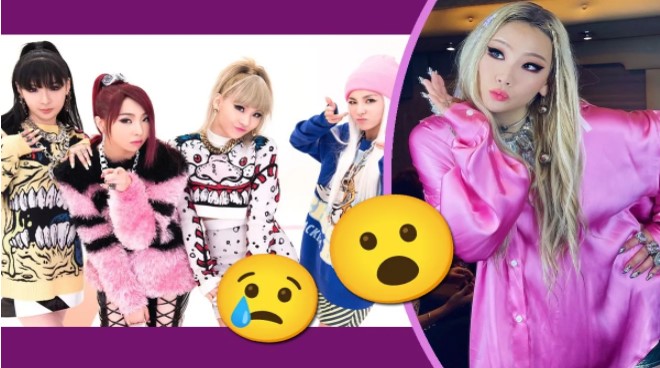 Throughout time we have enjoyed the debut and success of emblematic groups, 2NE1 was one of them but it came to an end in a surprising way for everyone, including its members.

Every fan of Korean idols and entertainment has heard about this girl group that debuted under the YG label. Their success was astonishing and each comeback conquered the public with their unique style, but what happened to 2NE1?

It is probably one of the most unexpected and mysterious dissolutions in K-Pop, because although the girls enjoyed great popularity, recognition and an unparalleled friendship, everything ended from one moment to another.

Although Minzy’s departure occurred a few months in advance, it seems that YG Entertainment did not discuss the end of this musical project with the group members, as CL recently revealed how she found out about this decision and how complicated it was for her.

There is no doubt that the fans of this idol group were terribly surprised when they learned through the news that 2NE1 would not continue as a team, but according to CL she did not have prior notice about it either.

The singer told AP Entertainment that she learned of the separation from the media, because in the middle of Thanksgiving, her phone began to ring due to the reports revealed where the group was ended.

Lee Chae Rin couldn’t help her emotions at the memory of such a difficult time in her career and in her life, so she admitted that it was something that broke her heart.

Despite this, she confessed that there are some advantages to the path she has now, as she enjoys the freedom to choose what she wants to do with her career. Also, it is well known that 2NE1‘s girls are still very good friends so you never know, in the same way that we see their interactions maybe in the future they could reunite for a music release.