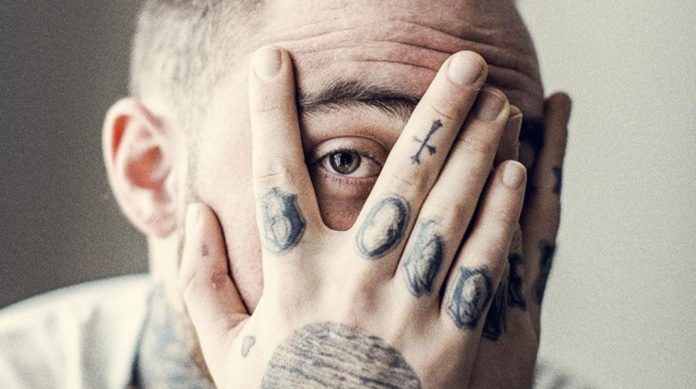 ‘CIRCLES’, THE MAC MILLER POSTER DISK WITH POSSIBLE MESSAGES TO ARIANA GRANDE. The posthumous Mac Miller album is here, and promises us a weekend full of rap with deep lyrics.

Since the news was announced that the eighth Mac Miller album would be arriving in the middle of this month, this after his death in September 2018, his followers were excited and moved by such good news.

New York Mag. Link in Bio. Words by @craig_sj and Photos by @christaanfelber

“Circles”, according to the rapper’s family, Malcolm, was in the process of recording this new album, which would be the complement of “Swimming”, material that premiered before his departure. Both creations complemented each other, because he wanted to refer to the phrase “swimming in circles.”

Hello, my first new music purchase of 2020. I’m about 75% of the way through Mac Miller’s Circles, and it’s pretty dope. I can’t say I’m a fan of most modern day hip hop (or what passes for it) and I wasn’t even a fan of Mac at first, but I saw the great reviews for Swimming, listened to it and was blown away. Then I started to go backwards, listened to GOOD A.M. and The Divine Feminine, realized Mac had musical skills that his early work didn’t really indicate, became a fan, and then he unexpectedly and tragically passed away. Circles features the work of Jon Brion, who has worked on some of my favorite albums by Fiona Apple and Kanye West (and his own album Meaningless, which is a slept on modern pop classic) and it makes me sad to know there won’t be any future collaborations between these two. Looking forward to digging deeper into this one. . . . #macmiller #ripmacmiller #circles #newmusic #jonbrion

Miller had been working alongside Jon Brion, who, listening to the first songs, did not hesitate to leave his agenda behind to polish what Ariana Grande’s ex-boyfriend was doing. After the rapper’s death, Jon dedicated himself to finishing the record material, based on the conversations he had with Mac Miller.

Malcolm McCormick’s family has been grateful to Brion for completing the project Miller did with all his heart.

There are 12 songs in which the rapper begins to sing all the internal conflicts with which he lived every day. In some songs he talks about his thoughts, the need for someone to help him, and how tired he was beginning to feel with the kind of life he was going through. 🙁

However, he also talks about his ex-partner, singer Ariana Grande in his song entitled “Surfing”, mentioning the following:

I have my head in the clouds.

Remember that the singer always refers to the clouds, even in her perfume, making this song is aimed at Grande. The same goes for “Blue World”, in which he mentions that both are famous in the music industry.