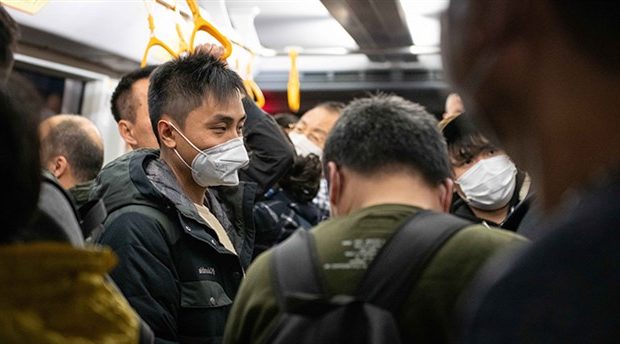 Another blow came from the deadly Corona virus epidemic that continues to spread in Wuhan, China. A total of 70 thousand theaters and cinemas operating in China were closed due to the virus.

Due to the Corona virus spreading recently, 26 people have been killed and more than 870 patients have been reported to date. According to a new piece of information, thousands of theaters were closed in China, and film screenings were postponed to a later date to prevent the epidemic.

This decision made by the big movie studios of China seems to cause a huge financial loss because the weekend is celebrated as the most important period for the country, the Chinese New Year.

According to The Hollywood Reporter, $ 1 billion of ticket sales revenue was expected this weekend:
The revenue from the tickets was expected to reach $ 1 billion at the weekend. As the Corona virus outbreak worsened throughout the week, experts began warning the public to gather in crowded places, and such a decision was made upon the outbreak reaching the current point.

Although it is said that if the conditions improve, the impressions can be rescheduled in the coming days, this idea is not considered warm due to the increase in the number of confirmed cases.

Demonstrations for major productions have been delayed:
Among the big-budget films to be released on Saturday, Wanda’s comedy action sequel ‘Detective Chinatown 3’, Huanxi Media’s comedy ‘Lost in Russia’, ‘Changuard’ by Jackie Chan, ‘The Rescue’ from Dante Lam’s action film ‘and the animated movie’ Boonie ‘.

A Warner Bros. “We postpone our” Detective Chinatown 3 “movie to a future date, based on requests and based on the current situation in China,” the spokesman said. CMC Pictures made a similar statement, saying, “The health and safety of the public is of great importance to us and we want to do whatever we can do to reduce possible bad situations in such a critical period.”

We will follow and see how the virus known to be spread through respiration will be controlled in the coming days and how life will return to normal in China.