Home Sport Cillessen, low last minute in Valencia for the match against Osasuna 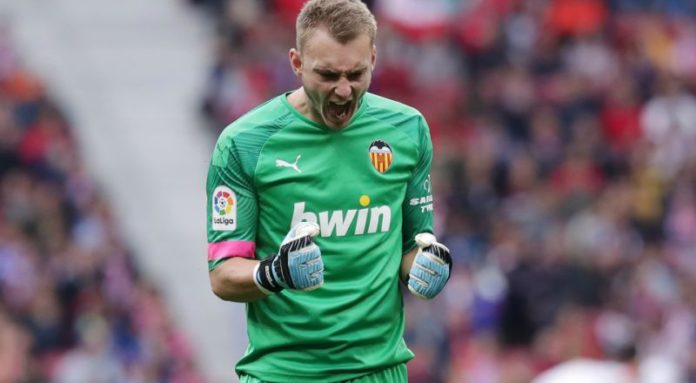 A skinny dog ​​is all fleas. That should think Valencia, who after recovering Rodrigo Moreno, who missed the last meetings because of some inconvenience, now loses Jasper Cillessen for the match against Osasuna.

The Dutch goalkeeper, undisputed holder in the goal of the team of the capital of the Turia since his arrival in the summer market, remains at the last minute outside the call of Albert Celades for an “indisposition”, as announced by the club che in a release.

“The player Jasper Cillessen will finally be down for LaLiga’s match this Sunday in Pamplona against Osasuna after suffering an indisposition this morning. Goalkeeper Cristian Rivero joins the team’s call,” reads the text.

In this way, the Dutchman joins Gonçalo Guedes, with ankle problems, in the list of casualties of a Valencia that needs victory to overcome the flight and recover sensations after letting the match against Lille in the League of Champions.