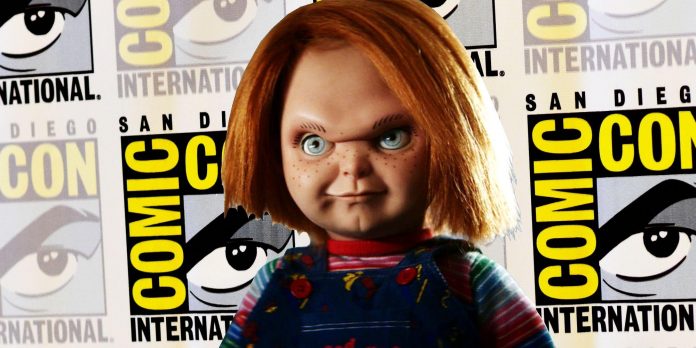 The legendary killer doll and star of the eponymous show Chucky will make his debut at the Comic-Con panel in San Diego with several unexpected guests. The popular SyFy series about a killer toy, which premiered last year, subsequently received an order for a second season. The first season of “Chucky,” which canonically follows “The Cult of Chucky,” reintroduced franchise characters like Tiffany and Andy, setting a precedent for the return of other survivors. Actress Jennifer Tilly has already confirmed that the couple’s children, Glen and Glenda, will appear in the second season, and fans suggest that other old characters may also return.
These characters may surprise visitors to Comic-Con in San Diego during the first-ever Chucky panel. Creator Don Mancini confirms that on July 23 at 18:45 (Pacific time), the Hilton San Diego Bayfront’s Indigo Ballroom will host the series “Return with Revenge: Chucky”. Damian Holbrook of TV Guide magazine will moderate the panel, which currently features Mancini, Chucky himself and, according to the creator, “a couple of unexpected guests.”
Several essential traditional characters, such as Andy’s mom Karen and Detective Mike Norris, have not yet debuted in the series. Since Mancini deliberately keeps the information about the arriving guests secret, these surprises are likely to become new additions to the cast. It could be the recently announced cast led by Gina Gershon, but that’s unlikely given Mancini’s secrecy. Since this is Chucky’s first official panel at the world-famous convention, fans should expect a big announcement ahead of the second season, which is due to premiere later this year.

Elven Ring Clip Shows Why Players Should Give Their Mimics Weapons

Support for women in the gaming industry from Zynga