Home Entertainment Chronicles of 2 Heroes: Save Feudal Japan In The New 16-Bit Metroidvania 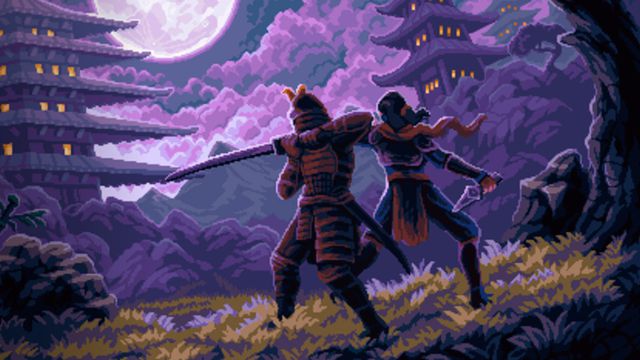 Chronicles of 2 Heroes: Catness Games and the Italian studio Infinity Experience present the first details of their new action platformer coming to Kickstarter. Chronicles of 2 Heroes is a new action platformer with touches of metroidvania by the Italian developer studio Infinity Experience together with the publisher Catness Games, a video game in the purest style of the 16-bit era that plans to start its Kickstarter campaign very soon. early. This has been announced by those responsible, enabling both the Kickstarter page and the Steam file, in addition to sharing the first details of the title and screenshots. This new video game is scheduled to reach PC, PS4, Xbox One, PS5, Xbox Series X | S and Nintendo Switch.

“Chronicles of 2 Heroes stands out for a very special mechanic: switching between the protagonists in real time! They each have distinct combat styles and unique abilities that you can combine at will. And you will have to do it if you want to save feudal Japan from the tyranny of Empress Imiko”, those responsible tell us.

And it is that the title bets on all the classic flavor of the games of the genre of the 16-bit era, with up to 30 unlockable skills and between 8 and 12 hours of duration, in addition to having the award-winning Eric W. Brown (The Messenger, Sea of ​​Stars) on the soundtrack.

“Many, many centuries ago, Amaterasu’s wrath plunged Japan into an era of war, famine, and epidemics. His disciple, Empress Imiko, imposed terror with an iron fist and a mighty army. All hope of peace passed through two twins: Kensei the samurai and Ayame the kunoichi. Together they must reach the imperial capital of Osaka to steal the source of the empress’s power: the three sacred treasures. Achieving it will not be easy, because they will have to defeat yokais, ronin and even Amaterasu herself”, we can read as part of her plot.

THE BOYZ Brings Home the Second Winning Trophy With ‘MAVERICK’ on...