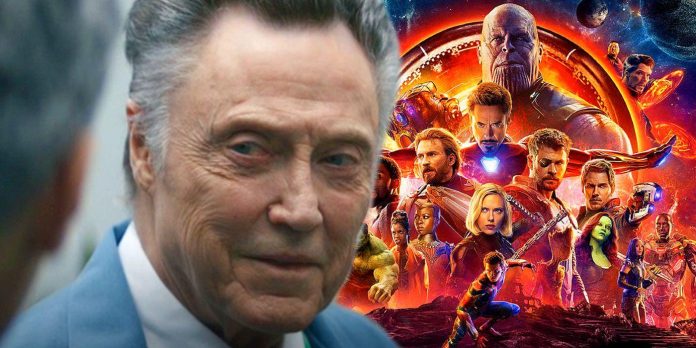 Christopher Walken comments on the ongoing controversy surrounding Marvel and the MCU. Walken is one of the most recognizable actors working in Hollywood today, his career began in the 1950s. The actor is best known for his roles in such films as “The Deer Hunter” and “Catch Me If You Can”, and more recently he received wide recognition for his role as Bert in the Apple TV+ show “Severance”. Walken also recently landed a role in Denis Villeneuve’s highly anticipated film Dune: Part Two, where he is expected to play the role of Emperor Shaddam IV.

Despite his long and varied career, Walken has yet to star in Marvel films. The MCU as it exists today, which largely dates back to 2008’s “Iron Man,” has been the subject of much controversy in the Hollywood community. This argument came into focus in 2019, when cult director Martin Scorsese said that Marvel films are not movies and that they are more like “theme parks.” Since then, many actors and directors have supported this argument, including such as Francis Ford Coppola, who agreed with Scorsese’s opinion, and Nick Fury actor Samuel L. Jackson, who defended Marvel films as a valid art form.

In a new interview with The Sydney Morning Herald to promote his latest show, The Outlaws, Walken joins the ongoing debate around Marvel films. The actor explains that with the huge budgets of MCU films, it would be possible to make a dozen smaller films. Walken also talks about the state of the film industry as a whole, lamenting that small films no longer have a place in cinemas and that only large films with tents are allowed to be rented in cinemas. Check out Walken’s full comment below:

Nobody asked me to do Marvel! But I think it’s very bad that with a film that costs $200 million, you know, you can make dozens of smaller films for that money. And then it’s too bad that if you’re shooting a movie now, it’s unlikely to be seen in [the cinema] unless it’s one of those big ones. Smaller movies are more likely to go straight to the small screen.

The debate over Marvel films is clearly polarizing even famous people in Hollywood, but Walken’s comment demonstrates that the argument against Marvel and the MCU as a whole can be broken down into two separate ideas. Although the actor’s opinion in some way echoes Scorsese’s opinion, he, in particular, does not question the legitimacy of Marvel films as art, but instead focuses on the shortcomings of giant film budgets and the state of the industry as a whole.

Disagreement that MCU films are considered “cinema” or an acceptable art form has caused reasonable objections from Jackson and even WandaVision star Elizabeth Olsen, but there is no denying that the modern film landscape is very different from what existed when the first Iron Man was released. While many viewers would undoubtedly like to see small auteur films return to cinemas, MCU films such as Doctor Strange in the Multiverse of Madness and Spider-Man: No Home successfully bring viewers back to cinemas at a crucial moment in cinema history. It remains to be seen what the future holds for movies, and whether Walken will come true in his desire for small films to return, but at the moment Marvel movies are definitely not going anywhere.