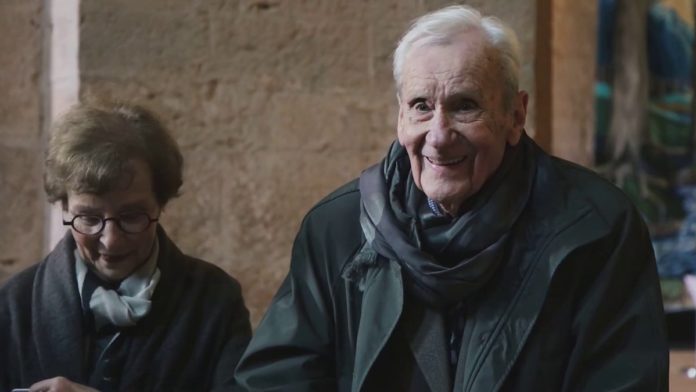 Christopher Tolkien, son of The Lord of the Rings author J.R.R. Tolkien died at the age of 95. The Tolkien Society announced this on Twitter on Thursday. The author’s death was not disclosed.

Christopher Tolkien himself was also a writer and continued the work of his father by posthumously editing and publishing his non-published works. These include The Silmarillion, Unfinished Tales, Beren and Lúthien and The History of Middle-earth. In 2018 he released The Fall of Gondolin.

“Christopher revealed his father’s grand vision of a rich and complex mythology,” says Dimitra Fimi, a British literary scholar who specializes in the work of J.R.R. Tolkien.

“He gave us a glimpse into Tolkien’s creative process, and he provided scientific commentary that enriched our understanding of Middle Earth.”

Christopher was born in 1924 as the third and youngest son of the world-famous writer, who died in 1973. He was known for his criticism of the film adaptation of The Lord of the Rings. He found that his father’s book was “destroyed” and that it had “become an action film for 15 to 25 year olds,” the author said in conversation with Le Monde.

He further said that his father was “made into a monster”, “devoured by his own popularity and absorbed by the absurdity of our time.” He criticized the commercialization of the books, which “destroyed the aesthetic and philosophical impact of his creation.”