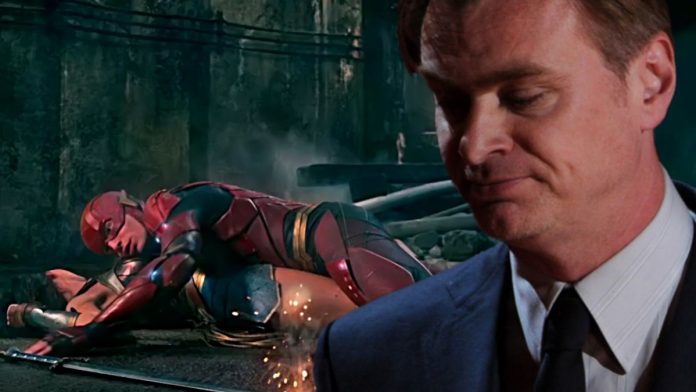 The director of Origin and The Dark Knight was also a producer on the film, and he knew right away that Zack wouldn’t want to watch Joss Whedon’s version.

Zack Snyder’s Justice League is now a reality, a movie that anyone – or at least anyone with HBO – can sit back and watch from start to finish for four hours. For anyone who has followed the drama that surrounded it even before its original premiere in 2017, when Zack Snyder left the project due to family problems and the constant mediation of Warner Bros., now having access to this version officially can still turn out a bit surreal. By then, the company had hired Joss Whedon to “assist” Snyder in post-production, but the director of The Avengers ended up being commissioned to rewrite and re-shoot the film to the point of transforming it into a different one. One that DCEU producer Christopher Nolan recommended that Snyder never see.

Despite his personal connection to the project, Snyder has always made it clear that he intends to follow the advice of Nolan and his own wife, Deborah Snyder – also a producer. In a recent interview with the Deadline medium, where they have asked him what elements of Whedon’s version had left him most dissatisfied and wanting to resume the project years later, the American director assured that he has not yet seen it said.

Zack Snyder: I haven’t seen the theatrical version of the movie. When Chris [Nolan] and Debbie [Snyder] saw her, they came back to me to report and said, “You should never see her.”

Deadline: Did they give you a specific note?

Zack Snyder: Just like, “Never see her, never talk about her.”

Fortunately, since March 18, fans can see both versions and draw their own conclusions. In Snyder’s own words, Whedon’s is still canon when it comes to the DCEU, but his vision has received more positive reviews and will also have physical release on DVD, Bluray, and 4K UHD starting in May. Last month, Snyder assured that there are no plans to resume this narrative thread and make direct sequels – as was the original intention – that the restoration of his version is a special case facilitated by Warner’s interest in nurturing HBO. But who knows by now, weirder things have been seen.